Rabat - The Moroccan pilot whose F-16 warplane crashed in Yemen has been found dead and his body returned home on Tuesday, May 19th. 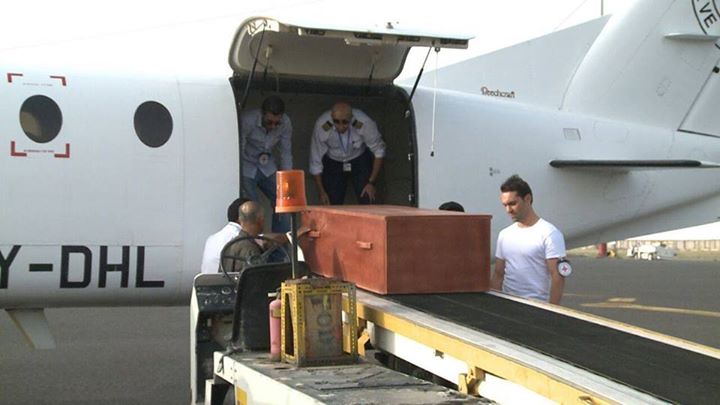 Rabat – The Moroccan pilot whose F-16 warplane crashed in Yemen has been found dead and his body returned home on Tuesday, May 19th.

According to the Saudi Press Agency (SPA), the body of 26-year-old First Lieutenant Yassine Bahti was transferred to Morocco.

“Since the first moments of the crash, a team from the Saudi defense ministry, its Moroccan counterpart and [the International Committee of] the Red Cross was formed to locate the body of the martyr,” the SPA said.

According to local media reports, Bahti will be given military funeral honors at the Ben Guerir Air Base near Marrakech. His body will be transferred to Casablanca where he will be laid to rest.

Wreckage of the Moroccan F-16 was found in the Saada area of northern Yemen, a stronghold of the Iran-backed Houthi militia.

The Saudi-led coalition has said a technical fault or human error caused the crash, denying reports that Houthi fire brought down the plane.