Rotterdam – “As a young boy I was even looking for Aziz Aflak in his hotel… And now I am his spokesperson. That was unthinkable.”

Who doesn’t recognize them from the late 80’s? The music group Aflak. They were young, cool and immensely popular. Besides that, Aflak also created a new musical sound that involved the support of real ‘computers.’

Curious about what happened to Aflak since their big success in the 80’s, Morocco World News met with lead singer Aziz Aflak and his spokesperson Mohamed Moufid Sbaï.

Who is Aflak and how did it all begin?

“I was 6 years old when I first started playing the piano and the oud, an oriental lute,” says Aziz Aflak. “Later I went to the conservatorium in Meknes, where I learned more about creating music. In the early 80’s we moved back to France. My father was a Frenchman and my mother a native Moroccan. Both cultures have always been very important to me. After moving back to France I started composing music that represented the Moroccan culture as well as the European culture. My parents and my family encouraged me a lot to pursue my musical ambition. That motivated me to complete my first song, Marrakesh, in 1986 and to release my first album, Taala Ngoulik, in 1988.” 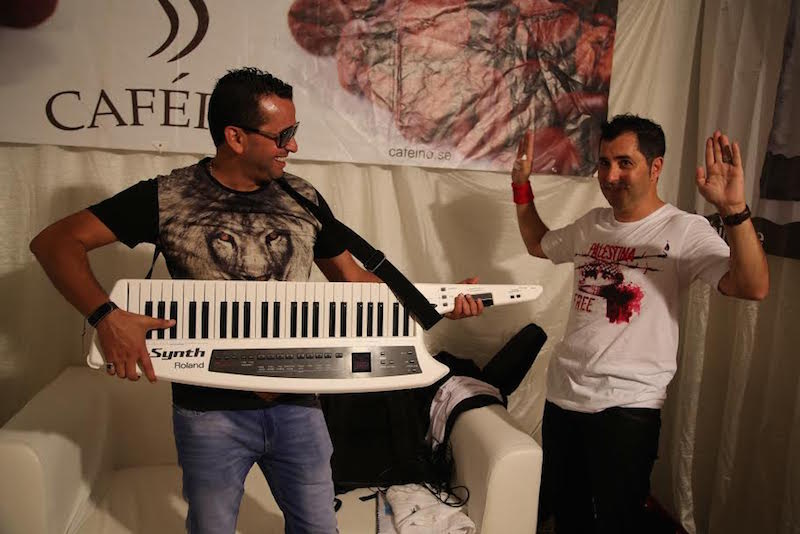 What was the formula of Aflak’s success?

“There wasn’t any specific formula, I was just lucky that the timing was right to introduce something new, namely: music assisted by computers. It sounded Western, but was traditional Moroccan music at the same time. And they loved it! For example, I received great support from Moroccan television. My concerts were even broadcasted during halftime of the soccer championship. Many watchers discovered my music in that way. Later, with the advent of satellite television, I reached a much larger audience.”

Aziz, what did you change with your music?

“At first I didn’t intend to change Moroccan music. I was young and ambitious, and all I wanted was to compose, produce and sing. When I started making music, I was a big fan of composers such as Jean Michel Jarre and the German music band Depeche Mode. They all created musical sounds supported by computers. And that was exactly what I wanted, only with traditional Moroccan rhythms and lyrics.

Nowadays working with computers is unthinkable. It has become so easy to produce music that you can do it at home.”

What can you tell us about the Moroccan music industry?

“The Moroccan music industry is flourishing, and we owe this to the support of the Royal Family and the effort that music producer RedOne makes to promote and inspire young artists.

We have also noticed that the numbers of festivals is increasing each year. For example, Mawazine Festival features the most international line up of artists. Therefore the Moroccan music industry and festivals are nowadays very attractive for popular artists abroad,” says Moufid.

The group Aflak has changed a lot since 1980, what can you tell us about the transformation of Aflak?

“Yes, a lot has changed!” says Aziz. “In the beginning I started performing with my three brothers. Later in 1991, two other musicians joined us. We also started mixing different music instruments into our music, such as keyboards and electronic oud, guitars and drums with traditional Moroccan instruments.

In 2008 my brothers left the band and I continued with producing and performing music together with the symphonic orchestra. In 2014, Aflak produced and toured with a rock formation. For more information, visit our website www.aflak.com.”

What is the future plan for Aflak, any new upcoming music?

“At this point I am finalizing my new music album, after the release of the song Leila. I’m also working on a compilation of all my songs over the past 27 years,” says Aziz.

“We also want to bring back the music that had a great influence on Moroccan music as we know it today and did merge Western music with traditional Moroccan music. Artists like Aziz were role models and they deserve more recognition. Aflak was so popular at that time. I remember when I was young I searched for Aziz Aflak in his hotel when he stayed there during a concert in Rabat. And now I’m his spokesperson… That is unthinkable,” adds Mohamed Moufid Sbaï.

“Mohamed is more then my spokesperson. We share the same passion for music, work loyalty and trust. And over the years we became very close friends. Mohamed is like my brother.”