Rabat- The Israeli national judo team has decided to travel to Morocco to participate in an international tournament despite recommendations from Israel's national security agency to avoid travelling without bodyguards. 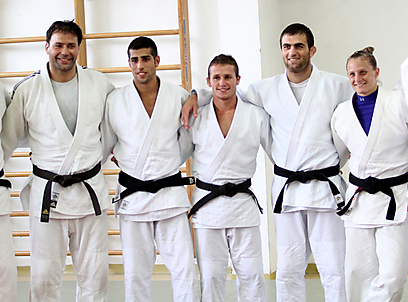 Rabat- The Israeli national judo team has decided to travel to Morocco to participate in an international tournament despite recommendations from Israel’s national security agency to avoid travelling without bodyguards.

According to i24news, the eleven-member Israeli delegation flew to Morocco on Wednesday to take part in the fifth annual World Judo Masters event May 23-24 in Rabat.

The team decided to attend the sporting event after the Moroccan authorities reportedly promised to assign them security. The event could provide the Israeli judokas with sufficient points to qualify for the 2016 Rio Olympics.

Moroccan authorities refused to grant permission for an armed Israeli escort to accompany the Israeli delegation, the source added.

Israel’s shin bet security agency advised members of the Israeli delegation to avoid public displays or symbols that can reveal their nationality.

This is not the first time to see an Israeli team participating in a sporting event in Morocco.

In 2010, Israel took part in the 16th World Junior Judo Championships in the city if Agadir.