Karama-Gaza Human Rights Film Festival (Red Carpet) is a festival for short and long narrative and documentary films held in Gaza Strip on May 12-14 . 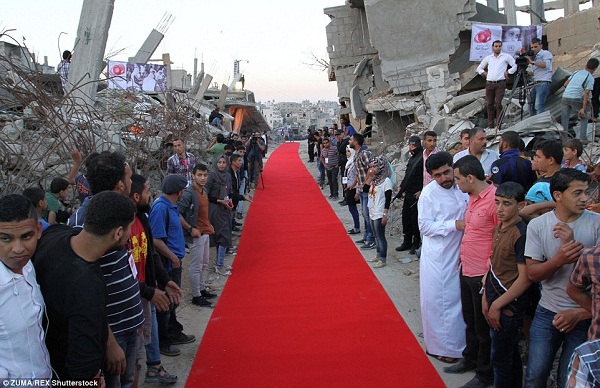 Karama-Gaza Human Rights Film Festival (Red Carpet) is a festival for short and long narrative and documentary films held in Gaza Strip on May 12-14 .

It is the first festival that highlights human rights issues, mainly in Palestine and generally all over the world.

The opening of the first day of the three-day festival’s activities held next to the debris of the destroyed homes in Sheja’eya neighborhood (Al Tawiq ) in eastern Gaza. The festival is a part of a joint event held in with Karama Festival for Human Rights Films held in Amman in the same time.

Holding the festival in the Gaza Strip, which lives under siege and destruction for so many years, shows the other cultural and humanitarian face of Gaza, and creates a state of communication with the world through the window of cinema.