Rabat - A documentary film on Morocco's female religious leaders will be showcased at an international conference on child marriage in Casablanca. 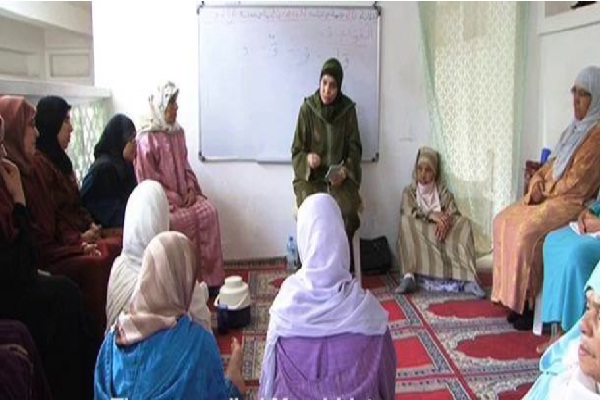 Rabat – A documentary film on Morocco’s female religious leaders will be showcased at an international conference on child marriage in Casablanca.

The British film “Casablanca Calling” – set to air on Al Jazeera this year- chronicles the life of female religious leaders, known as Morchidat, and their role in encouraging a more tolerant Islam and improve the position of girls and women in the Moroccan society.

“The Morchidat are a rare experiment in the Muslim world, the film’s Moroccan associate producer Merieme Addou told the Thomson Reuters Foundation.

“It’s the first time in a Muslim country that a religious role has been given to a woman.”

According to the same source, the Morchidat were introduced in 2006 partly in an attempt to counter Islamist radicalism in the wake of the Casablanca suicide bombings in 2003.

Their mission is to give guidance to women and young people in mosques, schools, orphanages, hospitals, prisons and rural villages.

There are now more than 400 Morchidat working across Morocco, Addou was quoted by the Thomson Reuters Foundation as saying. The initiative is part of wider reforms in Morocco aimed at giving women more rights.

Addou said that the film “provides a glimpse of a world rarely seen in the west.”

“My vision of Islam is very different from what many people in the West think,” Addou added. “Many think Islam oppresses woman and restricts their freedoms, but this is because of traditions that have nothing to do with Islam.”