Rabat- One person was killed and two seriously injured on Friday morning in a catastrophic trailer tire explosion in a blacksmith garage in Taliouine, in southern Morocco. 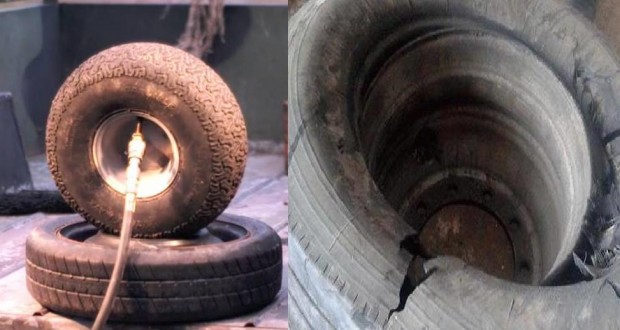 Rabat- One person was killed and two seriously injured on Friday morning in a catastrophic trailer tire explosion in a blacksmith garage in Taliouine, in southern Morocco.

The tragic accident took place around 1 PM GMT +1 after a welding operator tried to weld the rim of a trailer tire that had previously suffered damage.
The welding flames hit the tire causing it to explode and throw the three men into the air, the reverberations of the explosion terrifying local residents.

One person died on scene after a fat head injury, while two others were hospitalized.

Sources told MWN that one of the injured is still in coma, while the third has received medical treatments and been released from the hospital.

Emergency services dispatched to the scene used all methods at their disposal to care for those involved.

An investigation is underway to determine the magnitude and root causes of the accident.