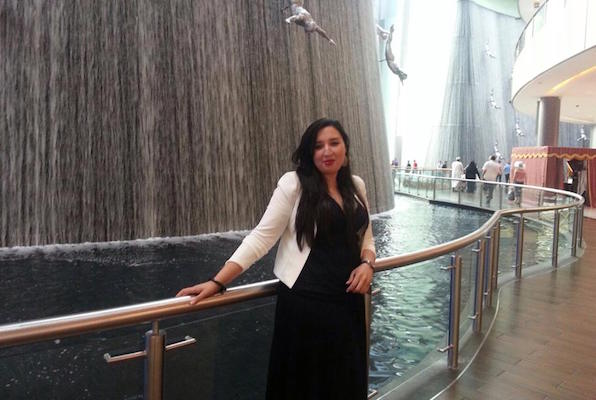 In an exclusive interview with Morocco World News, youth journalist award winner Meryem Bouzaachane described her life journey and the troubles and triumphs she experienced along the way.

Bouzaachane prides herself on using journalism to defend people who have no way to express themselves. After obtaining her baccalaureate degree with distinction, Bouzaachane became one of the founding members of Rachid Nini’s Al Akhbar newspaper.

“Journalism was a dream for me; since my childhood I wished to be a journalist neither for fame nor for money, but to be a spoken pen defending the rights of the indigent and speechless people. I desired many times to be their voice and transmit their messages,” Bouzaachane told Morocco World News. “I always receive people at the office of the newspaper and take their statements and their complaints and turn them into articles in order to crack their problems,” she continued.

Bouzaachane went on to describe how her journey was an unexpected one. “Once, I failed the enrollment test for the Higher Institute of Media and Communications (ISIC). I was going to study engineering, but in the summer I was truly impressed by a series narrating a tale of a journalist in the Iraq war. And I said ‘I should be like that journalist,’ and I no longer wanted to be an engineer.”

Bouzaachane continued, “I made many efforts to persuade my father in order to go to Casablanca and study in a private institute of journalism there. Ultimately, thanks to God, my childhood dream came true,” Bouzaachane said.

Bouzaachane encountered many obstacles. First, she faced the difficulty of finding information for articles and the bureaucracy that all journalists face. Additionally, some ministers decline to make statements and interviews for fear of political backlash. Moreover, she also faced safety issues common to her field, with the possibility of being sent to prison for an article that reveals too much always looming over her head and limiting her ability to publish the truth.

Currently, Bouzaachane hopes to keep on the investigative path her life has taken her down. She hopes to enhance her journalistic potential through the training she’s received at home and abroad and benefit from her diverse educational background. “I always dreamed of obtaining awards in order to show the value of journalism in Morocco and show people that their voice is heard,” Bouzaachane concluded.