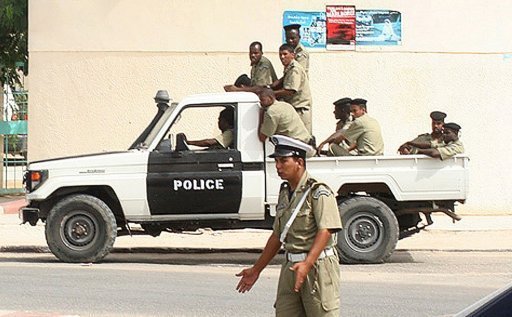 Boston– What started as a simple daily inspection of vehicles yielded the arrest of a Syrian national who was carrying explosives. Mauritanian customs officers were fortunate enough to stop the suspect before the explosives could be delivered to his contact in Morocco.

Mauritanian customs officers arrested a Syrian in possession of explosives that were destined for Morocco. The arrest was made on May 21 at the passage between the frontiers of Nouadhibou.

According to a local media source, the Syrian, a “Mr. Ch,” was hiding underneath a truck with a Moroccan license plate and going unnoticed by the passengers of the truck.

The suspect had carefully placed the explosives in one-hundred-and-fifty containers. According to the same source, the police seized the products and sent them to a laboratory for further analysis.

This incident symbolizes the sound diplomatic relationship between neighboring Mauritania and Morocco. Mauritanian media have reported that numerous other Morocco-bound explosives were seized during a nationwide search.