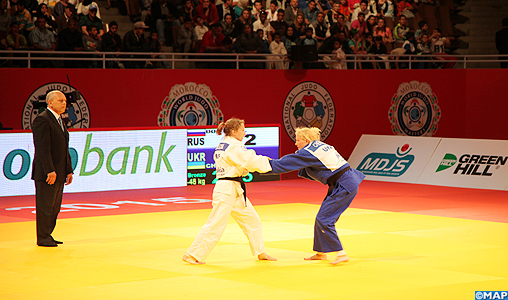 This event, held Saturday and Sunday under the aegis of the International Judo Federation (IJF), is listed in the World Judo Tour and qualifying for the 2016 Olympic Games in Rio de Janeiro.

“This a very good organization and Morocco put a lot of effort to organize the World Masters. I especially want to thank HM Kind Mohammed VI for His great support”, Marius Vizer, IJF President, said at the end of this first day.

“Having the best judo players in the world guarantees to have a very high level of judo and that is what we had all day long. Throughout the preliminary rounds and the final block, we saw a lot of scores and I hope that tomorrow it will be the same”, he underlined, adding that the “World Masters are being held in Africa for the first time. It will open many doors to the development of judo in the continent. It is a very good motivation for all the judo players and beyond”.