Cairo - Morocco participates in the Arab armies Chiefs of Staff meeting, which is held in Cairo this weekend. 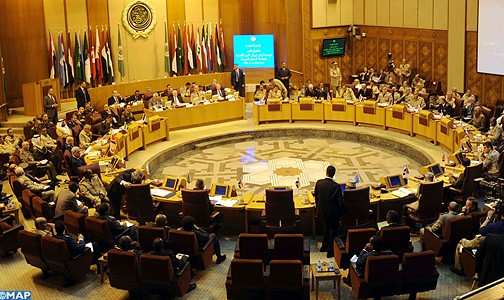 Cairo – Morocco participates in the Arab armies Chiefs of Staff meeting, which is held in Cairo this weekend.

Major General El Houcine Benmimoune on Saturday took part in the second meeting of the Chiefs of staff of Arab armies, to discuss the formation of a joint Arab military force in implementation of the relevant resolution of the Arab Summit hosted by Egypt’s Sharm El-Sheikh last March.

The chiefs of staff are discussing the initial project of protocol to form the force and a memo related to the implementation of the resolution in this regard.

They are also considering the measures, and technical and financial mechanisms for this force.

They had held their first meeting in Cairo on April 22 during which they stressed the necessity of joint collective action to find solutions to the issues of the Arab region and enable Arab countries to deal effectively with the current challenges.

Besides Major General El Houcine Benmimoune, the Moroccan delegation participating in this meeting, is made up of Mohamed Saad Alami, Morocco’s ambassador to Egypt, Permanent Representative of the kingdom to the Arab League, Ahmed Tazi, Director of Mashreq, Gulf and Arab and Islamic Organizations at the Ministry of Foreign Affairs and Cooperation, Colonel Staff Mohamed Lkouti and Colonel Jamal Dridegh.