Rabat - King Mohammed VI’s personal guards clashed on Friday with their Senegalese counterparts at the Senegalese presidential palace in Dakar where the king met with Macky Sall, the president of Senegal. 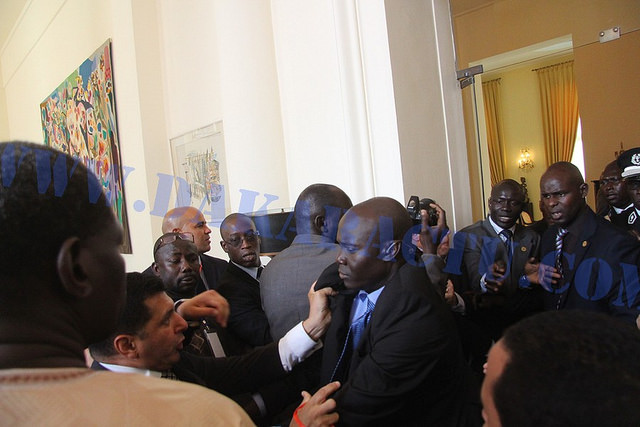 Rabat – King Mohammed VI’s personal guards clashed on Friday with their Senegalese counterparts at the Senegalese presidential palace in Dakar where the king met with Macky Sall, the president of Senegal.

The King of Morocco had just arrived for a working and friendship visit to Senegal, the first country on his African tour that will take the sovereign to Guinea Bissau, Cote d’Ivoire and Gabon. The tension began after the Moroccan press that had accompanied the King was beaten by the Senegalese bodyguards.

According to Dakar Actu, the Moroccan guards attempted to accompany the king to the private room where the meeting was to be held between the two heads of state, but the “Bulldogs,” as the Senegalese police are known, prevented them from going through the gate.

The same source said that the Moroccan guards became upset when one of them was pushed to the ground by the Senegalese “bulldogs, and they tried to help their fellow guards.

According to the same source, President Sall, who had been witnessed the altercation, intervened to calm down the angry Moroccan guards, saying “doucement, doucement.”

Less than a year after a similar tour, the king’s new tour to several countries of West and Central Africa demonstrates King Mohammed VI’s commitment to a south-south cooperation that is a win-win relationship. 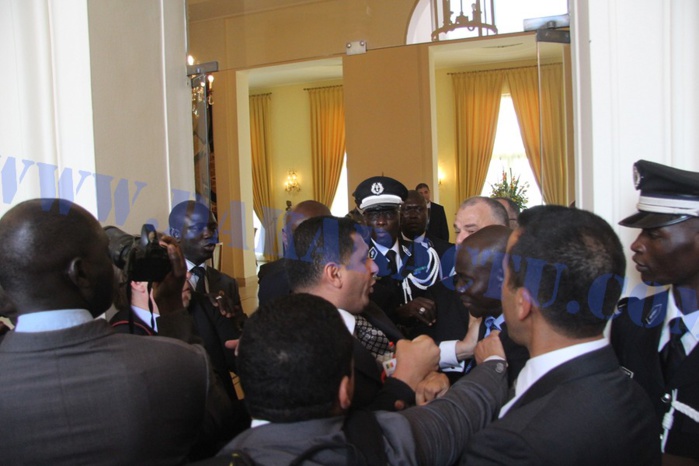 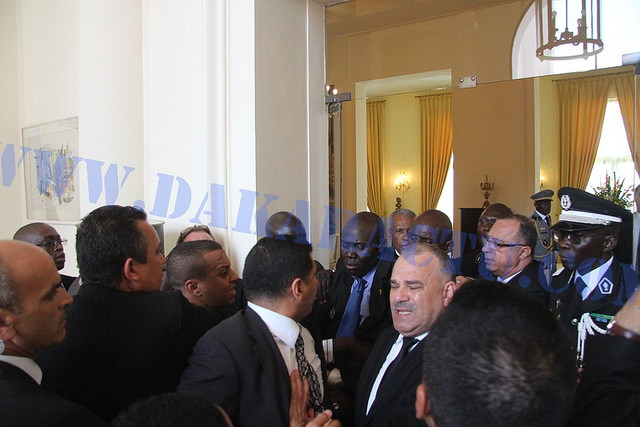 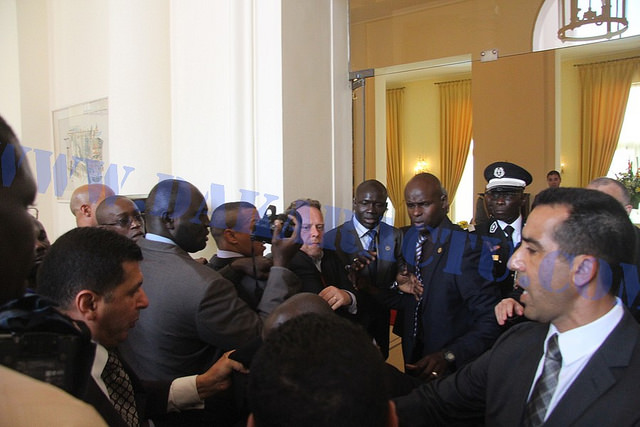 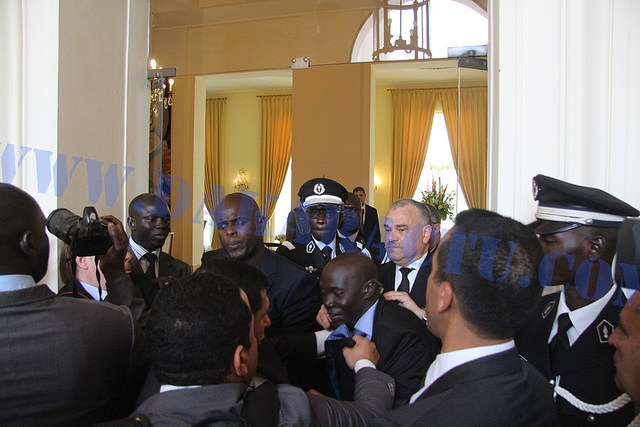 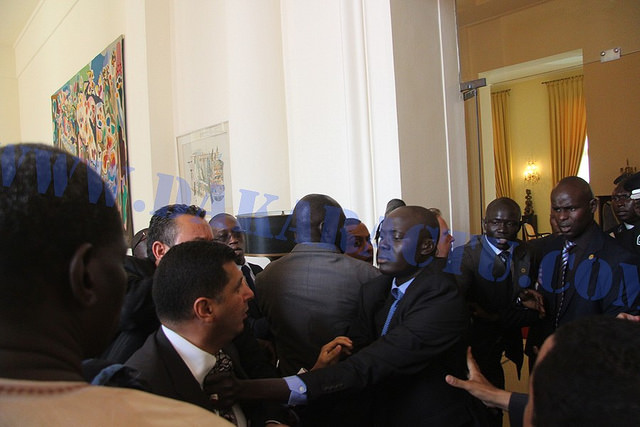 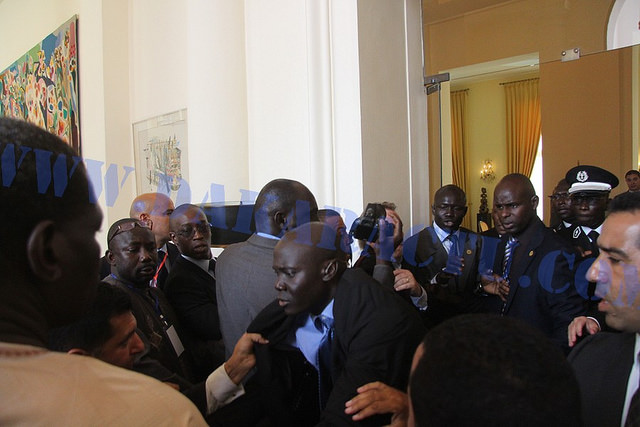 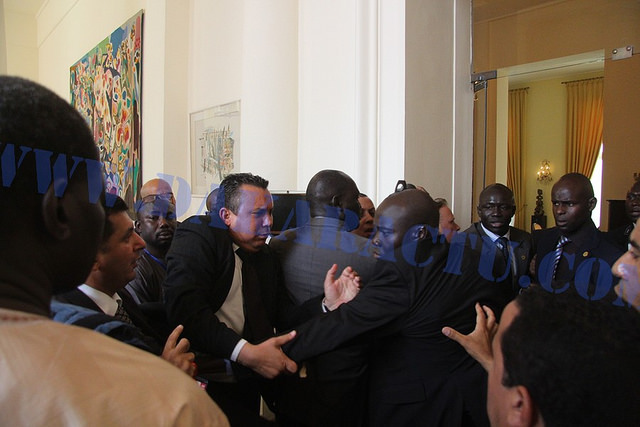 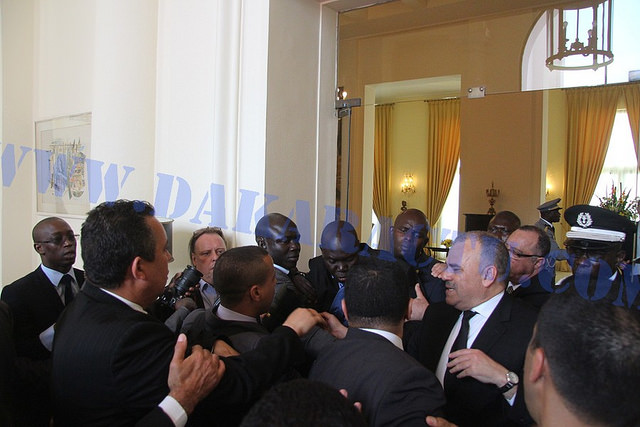