Rabat - Tssouli Younes, Moroccan Convicted in UK of Terrorist Offenses, Will Undergo Medical Examination Regarding Claims That He Suffered Abuse in UK Prison. 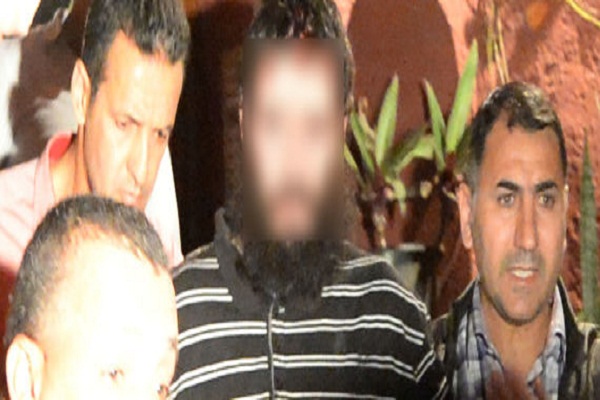 Rabat – Tssouli Younes, Moroccan Convicted in UK of Terrorist Offenses, Will Undergo Medical Examination Regarding Claims That He Suffered Abuse in UK Prison.

Tssouli Younes, the Moroccan national who was deported from the UK back to Morocco and arrested Thursday by police in Rabat, said that he suffered abuse and sexual assault during his incarceration in the UK where he was serving a life sentence for terrorism offenses, according to a statement issued on Friday by the Attorney General at the Court of Appeal of Rabat.

The statement noted that the convicted terrorist would be subjected to a medical examination for verification of the validity of his allegations.

Younes Tssouli, who moved to Britain in 2001 and lived there for 10 years before his conviction and incarceration, was returned on Wednesday to Morocco by UK authorities. Immediately after his return, he intentionally set fire to the home of his parents. He was arrested by the Rabat police on Thursday.

At the time of his arrest, the suspect was on the balcony of an apartment building which houses the home of the Consul General of Great Britain in Rabat, which he was able to access from the building where his parents live.

During his arrest, Tssouli told police that “he suffered abuse and sexual assault while incarcerated in Britain where he was serving a prison sentence for acts of terrorism,” the statement said.

These statements were confirmed by the Moroccan national at his hearing by the judicial police, in accordance with the instructions of the prosecutors.

The Prosecutor General of the Court of Appeal in Rabat, Moulay Hassan Daki, announced that Younes Tssouli will undergo a medical examination to verify the validity of his accusations.

If the allegations are confirmed, a judicial investigation will be opened and forwarded to the British courts for investigation, the statement concluded.

The Moroccan police had difficulty convincing the convicted terrorist, described by British media as “the world’s most wanted cyber-jihadist,” to surrender. He threatened to kill himself first. It took Moroccan authorities, with the help of a psychiatrist, thirteen hours to negotiate his surrender.