Rabat - Two Raja of Casablanca supporters who were arrested in Algeria earlier this month have been sentenced to six months imprisonment. 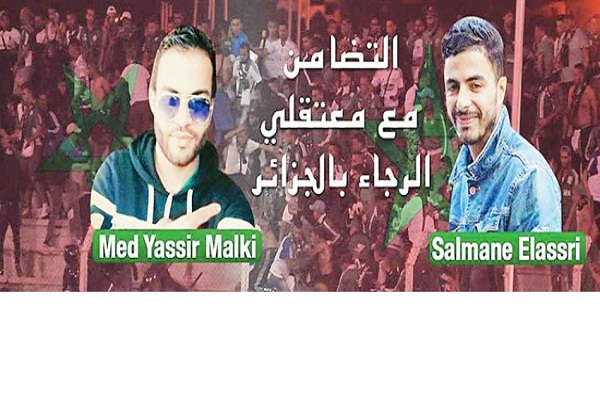 Rabat – Two Raja of Casablanca supporters who were arrested in Algeria earlier this month have been sentenced to six months imprisonment.

Mohamed Yassir Malki and Salmane Elassri were arrested by Algerian authorities upon arrival at Algiers Airport on May 1st.

They travelled to Algeria to watch the African Champions League fixture that pitted the Casablanca-based team against Wifak Sétif.

The pair was sentenced to six months in prison after being charged with endangering the internal security of the country, the lives of others and drinking in public.

According to the Algerian justice, the behavior of the supporters onboard the plane would have jeopardized the lives of other passengers and threaten public order.

The lawyers of the two Raja supporters have reportedly filed an appeal to the verdict.