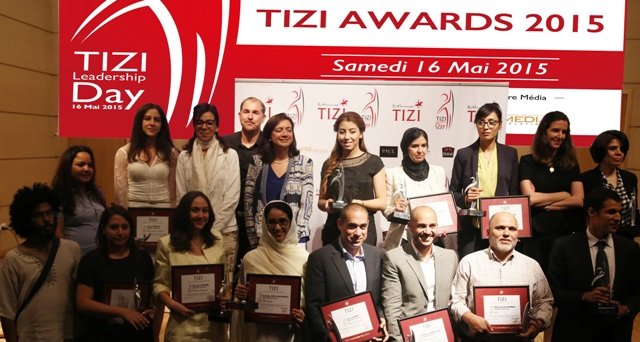 Rabat – Organized by The Tariq Ibnou Ziyad Initiative, the Tizi Awards Ceremony has granted 20 awards to distinguishable leaders. Among these, thirteen are women.

The 20 potential prospects, including thirteen women, were awarded during the Tizi Award ceremony on the third edition of the Tizi Leadership Day, which promotes feminist leadership and stimulates the growth of young Moroccan leaders.

The average age of these awardees is 31, with a large age gap between 22 and 39 years.  The awards were grouped into five categories: Entrepreneurship and innovation, social and civic action, education, research, and art, design, and sports.

These talented individuals encompass diversity and potential and represent the future of Morocco.

“These inspiring women are the epitome of talent, diversity and potential for the nation.  The purpose of this event is to recognize their commitment and their achievements through their role modeling,” declared Mohammed Alami Berrada, co-founder of Tizi.

Some of these young awardees include Dina Bensaid, Asmaa Guedira, and Aziza Chaouni.

26-year-old Dina Bensaid is very engaged with Moroccan cultural life. In addition to being a pianist and a conductor, she is also the director of the festival “Printemps musical des alizés” in Essaouira. Moreover, she represents her country in different international competitions.

Asmaa Guedira, founder of OuiShare, a network seeking to promote a collaborative economy, engages herself in the development of a community revolving around entrepreneurship and collaborative innovation in Morocco.

Aziza Chaouni, an alumna of Harvard University, earned her masters degree in architecture and is now a professor at the University of Toronto and in Fez, Morocco. She has published 4 books and is the first Moroccan to be selected as a Ted Fellow and to receive the Holcim Award.

Aziza Chaouni plans to work for the ministry of Tourism in order to renew the “Parc National de la Cédraie d’Ifrane,” to construct of a bioclimatic high school in Dar El Hamra, and the restore the Qrawiyine library in Fez.

Last year, during the 2014 Tizi Awards, Samir Bennis, the founder of “Morocco World News” was awarded the prize for creating the first website that publishes articles in English and spread awareness about the events occurring in Morocco.