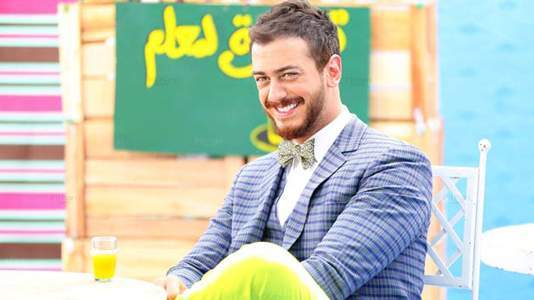 Lamjarred’s 4 minutes, 14 seconds catchy song has seen a wide stamp of approval in Morocco and throughout the Arab world, generating 158,529 YouTube likes as of this writing.

“Lmaallem” is the second Arabic song that has made its way into the record books after Emirati singer’s Hussein Al Jasmi’s song Boshret Kheir.

Born in 1985 in Rabat, Lamjarred is the son of well-known singer Bachir Abdou and popular actress Nezha Regragui.

Saad attended the Music Conservatory in the capital Rabat, where he studied music. In 2007, he secured second place on Superstar, a Lebanese TV talent contest.

He became a household name throughout the Arab world following the release of the hit song “Enty”, which has amassed 49 million views on YouTube- making it one of the most popular music videos ever released in the Arab world.

His 2013 hit single, “Mal Hbibi Malou”, (What’s wrong with my lover) has garnered more than 62 million views on YouTube. Saad was also nominated for the Best Middle East Act at the 2014 MTV Europe Music Awards.