New York - “How great is the goodness of wealth when put in the hands of a righteous man!” --Prophet Muhammad (PBUH). 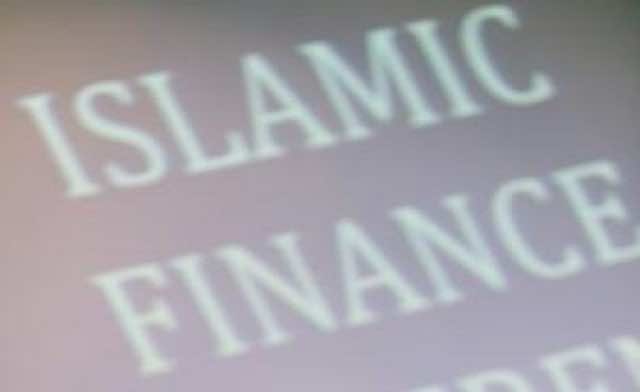 By
Paola Garcia
-
Paola Garcia is a writer and translator from Chihuahua, Mexico.
May 28, 2015
Spread the love

New York – “How great is the goodness of wealth when put in the hands of a righteous man!” –Prophet Muhammad (PBUH).

Money is a subject that makes many of us uncomfortable. We often feel conflicted about it and hold a vast array of unconsciously inherited prejudices that don’t serve our life purpose. Whether we like it or not, money is part of life and we either master it or live as its slaves.

For most of my life, I avoided thinking about money. It seemed lowly and mundane, far from lofty ideals and sublime pursuits like poetry, music and literature. Focusing on finances did not appeal to me and seemed disconnected from the things I valued. There were times in my life when I made a lot of money and others when I made very little and I knew from experience that wealth for its own sake does not motivate me.

However, my understanding of money was severely lacking. Money is not an end in itself or the goal in life. When we have enough of it, we realize that money is not a big deal. However, when we don’t and our financial life is in disarray, money becomes our obsession. Similarly, if we lack clarity about the role of money in our lives, its pursuit and acquisition can permanently distract us from a higher purpose. This is why it is essential to master money, especially if we despise being enslaved to jobs we dislike or, even worse, to debt, the commonest form of modern-day slavery.

Without understanding money and becoming financially solvent, peace of mind and the ability to focus on noble goals becomes incredibly difficult if not altogether impossible. My past avoidance of financial responsibility caused a lot of problems in my life that prevent me from being free to spend my time as I wish rather than preoccupied with finances, working at jobs that are not meaningful, scrambling to pay huge student loans, etc.

Last year, after I began attending Dr. Sultan Abdulhameed’s Quran Discussion group, I experienced a shift in perception and decided to take action and address this area of my life for the first time ever. It has not been easy, but I feel much more at peace and confident that God will help me attain financial freedom so I can dedicate my energy to making a big contribution in the world.

Awareness is the first step, followed by a change in our view of debt and the implementation of millenary financial wisdom. It is essential to tackle finances as uncomfortable as this may be. If I continued to ignore my financial situation because it is unpleasant to deal with it, I would likely remain trapped by it for the rest of my life, which happens to many people. May God protect us from this fate.

In 1854, Henry David Thoreau wrote something that is just as poignant, if not more so, today:

“Most people, even in this comparatively free country, through mere ignorance and mistake, are so occupied with the factitious cares and superfluously coarse labors of life that its finer fruits cannot be plucked by them… The laboring man has not leisure for a true integrity day by day…He has no time to be any thing but a machine.”

The following Islamic principles are incredibly powerful and transformative. They have greatly helped me to make progress in my finances:

The Gravity of Debt in Islam:

In Arabic, the term for debt is “dayn.” This word is related to submission and humiliation. This notion is enlightening. We probably all know this truth on some level but because debt has become so prevalent in our society, we either ignore it or fail to realize how detrimental it really is. When we are in debt, we are prisoners, slaves to our debt. Our actions and decisions are not free but rather determined by a desire to pay the debt off, avoid paying it, escape the feeling of drowning in this obligation, etc. Having debt leads us to act in ways that may be harmful to our well-being, such as enduring degrading jobs solely for the money, lying, cheating, gambling, stealing, dealing drugs or falling for “easy money” schemes.

Islam warns us to do everything in our power to avoid debt. The Prophet used to seek protection from God “from sin and heavy debt.” Notice how “sin” and “debt” appear next to each other in his prayer. This is because they are so closely linked. One leads to the other and they frequently go hand in hand.

Furthermore, God created all human beings free and gifted us with inherent dignity. Debt takes away both. The Prophet (PBUH) stated that a person does not enter paradise until his debt is paid off. This is because deep and lasting peace is impossible for someone who is in debt.

Prophet Muhammad (PBUH) also said: “Whoever dies free from three things – arrogance, cheating and debt – will enter Paradise” and that “The soul of the believer is suspended because of his debt until it is paid off.” This last hadith means that we cannot attain a noble station in life unless we are free from this financial burden.

Wealth and possessions are blessings from God and should be used in positive ways. It is essential to keep in mind that all things belong to God and we do not own anything. This makes giving much easier. God blessed us with material abundance in order to uplift ourselves and others, not to hoard it or spend it in selfish extravagances. Being miserly is the worst affliction and is actually self-destructive. We receive a manifold recompense from God for what we freely give to others.

Islam does not advocate a monastic way of life and encourages us to make a good living and be productive members of society. The Prophet said, “Worship has seventy parts, the best of which is seeking a lawful (halal) livelihood.” We are discouraged from being supported by others: “Cursed is he who throws his burden onto others.”

In Islam, wealth is viewed positively and some of the most important people in the Prophet’s life were wealthy, such as Khadija, his first wife who was a successful businesswoman and Abu Bakr, his closest companion who was also well-to-do.

Wealth magnifies our personality traits. Thus, it is ideal for a good and moral person to be affluent because that person can do much good in the world and use his or her wealth to uplift the community. If we view money as dirty or evil and believe that we can only be pious if we are poor, we miss the opportunity to greatly help others because the more we have, the more we can give. We cannot help others if we are destitute.

If I have a lot of money, I can, for instance, build libraries for children in poor communities, or schools for girls in certain parts of the world, or help family members who are struggling. If I am prosperous, I can also spend a great part of my time engaged in meaningful pursuits that serve others as opposed to the majority of it in survival-related activities and meaningless jobs.

Extreme attachment to worldly possessions is an illness that cuts us off from God’s plenty. Even if it seems like miserly people accumulate more money, this is a mirage because their wealth will not last. Somehow, in their greedy schemes to make more money, they lose their wealth, invest in the wrong things, are deceived and participate in scams, end up in prison, etc. It happens all the time. Wealth is only sustainable when we earn it in a lawful way and give away a good portion of it to help those in need.

The Quran instructs us to “Lend unto God a goodly loan. Whatever good you shall forward on your behalf, you shall find it with God, as better and richer in reward.” (al-Muzzammil 73:20)

The Prophet (PBUH) stated, “A generous person is close to Allah, close to Paradise, close to people, and far from Hell. However, a miserly person is far from Allah, far from Paradise, far from people, but close to Hell. Allah loves more an ignorant man who is generous than a worshipper who is miserly.”

Generosity is a character trait that does not refer solely to money. We can be generous by sharing what we have and even by asking others how they are doing and sincerely caring about their answer. Even greeting people with a smile is a form of generosity.

May God free us from the bondage of debt, make our hearts generous and pure and grant us abundance.