Rabat - Prostitution is one of the world’s oldest professions and a social institution that has been recorded throughout humanity’s history. 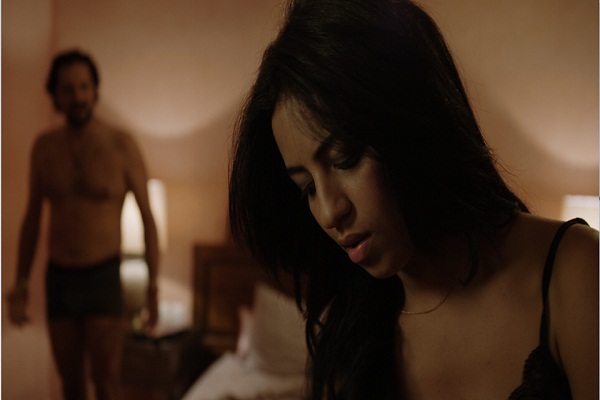 Rabat – Prostitution is one of the world’s oldest professions and a social institution that has been recorded throughout humanity’s history.

According to Cesare Lombroso’s key terms and concepts, the term prostitute denotes a woman who exchanges sex for money, or any woman, but particularly one who belongs to the lower classes, who has sexual experience outside marriage.

The legal definition of prostitution in Morocco is “all illicit relationship between a man and a woman without marriage.” According to Morocco’s criminal code, under the section of “corruption of youth and prostitution,” penalties vary depending on the types of prostitution. In criminal anthropology, “the born prostitute is a woman who is hopelessly doomed to sexual promiscuity.” Lambroso identifies the born prostitutes as the counterpart of the male born criminal.

Some historical sources relate the phenomenon of prostitution in Morocco with the cruelty of wars and diseases suffered by recruits in the ranks of the colonial armies, which was a reason to give them support through girls that satisfy their sexual desires in the colonial wars in the early twentieth century.

Additionally, there were women recruited from among the local people, who were forced to provide psychological support to the Corps soldiers after their return from the fierce fighting during the so-called “calm phase.” Marrakesh was also known for its sex workers in a famous neighborhood called the “Land of Moses” and in gentrified upscale neighborhoods like Gueliz.

In Sex and Self-hood, professor Mathew A. Foust said: “social and economic conditions force the women to become an object with little or no control of her own destiny, subjected to violence and oppression from men who exert power over her….”

As Kamala Kempadoo states regarding sex and notions of selfhood: “many women who work in the sex trade in third world and non-western countries, including Asia, would have us understand prostitution in a different light…as work within a clearly defined industry, as a survival strategy, or as a way of making do when other options are limited or closed.”

In the contemporary society of Morocco, in addition to individuals who are forced to prostitution to survive, it is in my opinion that some girls and women engage in prostitution not necessarily because of poverty, but perhaps for more materialistic reasons.

It is my assumption that these individuals may be attracted to the cosmopolitanism that the extra cash brings. Studies have been written on individuals who are from wealthy families but who still engage in a life of prostitution, whether for increased luxury, their own lack of self-worth, childhood abuse, or perhaps even skewed notions of pleasure.

Individuals engaged in the sex trade are notoriously the victims of violence. The forms of violence that are practiced against sex workers may be physical, sexual, emotional, or psychological in the form of insults, humiliation, and controlling behavior by a john or pimp. The illegality of prostitution in countries like Morocco make women reticent to speak up when faced with from their clients in order to avoid apprehension by the police.

All of the above leads us to ask: why should we have a broad examination of the holistic reasons for making a movie with prostitution in the kingdom as its subject? Director Nabile Ayouch had a vision regarding this phenomenon, and this vision has been equally supported by some and attacked by others. Regardless, the movie itself breaks the silence and raises attention to a taboo subject in our society.

I cannot say if I support or reject the film Much Loved just yet, as I would merely be judging a book by its cover before watching the full version as others have done who have based their attacks on a few short previewed clips.

We must seek to transcend the taboo and discomfort the film’s subject may create within us and deeply examine solutions to this societal problem. If some critics believe the movie presented a positive idea in a negative way, I challenge you to provide an alternative solution to this problem in our society rather than simply raging and blaming without helping our country and our people.