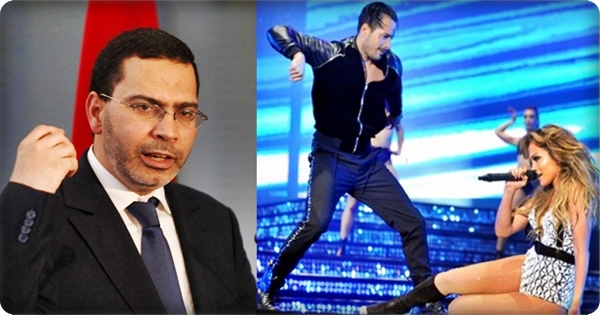 The performance of Jennifer Lopez created uproar on social media in Morocco, mainly for the scantily way in which the American diva and her backup dancers dressed throughout the show.

Khaled Rehmouni, a member of the PJD executive committee also called on El Khalfi to resign, saying that those responsible for using public television to broadcast such ‘farces’ should be held accountable.

“Moroccans cannot finance media that destroy their values,” he wrote on Facebook.

Adil Ben Hamza, the spokesperson of the Istiqlal party, one of the major opposition parties criticized the lack of reaction from the Minister of communication following the broadcast of Jennifer Lopez on 2M.

“Lopez Invades Moroccans houses in the absence of any sovereign decision.” Ben Hamza’s comment was a tacit reference to Minister El Kahlfi’s statement earlier this when he said that banning Nabil Ayouch film “Much Loved” was a “sovereign decision.”

The American diva performed on Friday, May 29th at the opening of the Mawazine Festival in Morocco’s capital Rabat.

Her concert is facing protests from social media users in Morocco who complained about the sexualized content of the show.