Rabat- Following the opening of the Mawazine Festival in Rabat on Friday, May 29th, several Spanish media outlets have reported on the subsequent controversy surrounding the headlining performance of international pop star Jennifer Lopez. 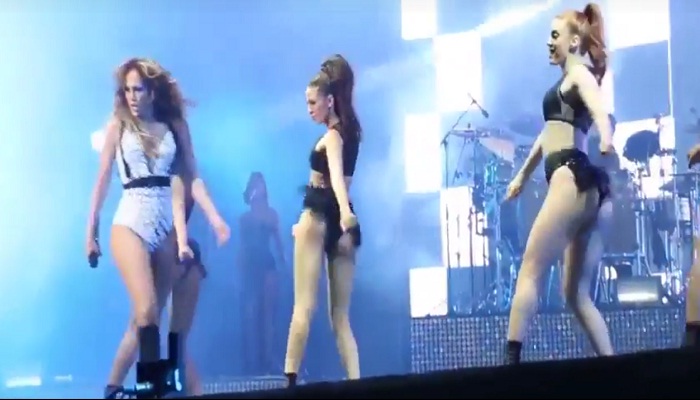 By
sara gomez
-
Sara is a writer, traveler, and student at The Florida State University in Tallahassee, Florida.
Jun 1, 2015
Spread the love

Rabat- Following the opening of the Mawazine Festival in Rabat on Friday, May 29th, several Spanish media outlets have reported on the subsequent controversy surrounding the headlining performance of international pop star Jennifer Lopez.

45-year-old “JLo” was invited by the concert organizers to open the festival, which lasts until June 6th and showcases artists from all over the world.

In JLo’s case, the cultural values that make up her iconic persona, such as seductive dancing and skimpy outfits, have upset the Moroccan public and government.

Abc.es reported that Moroccan Minister of Communication Mustafa El Khalfi described Lopez’s performance as “reprehensible and unacceptable” for public broadcast television in a tweet on the Sunday following the performance.

20 minutos reported similar information, and also included that it had been debated whether or not Lopez would tone down her performance to better fulfill the values and expectations of the Moroccan public, something that obviously did not occur.

Both of these articles raise the question of whether or not the ethical considerations being put in place regarding the public broadcast of Mawazine are in line with Muslim values, and whether or not they should be reviewed to prevent similar uproar in the future.

El Pais, however, included some of the criticism of Morocco’s reaction to Lopez’s performance that has been floating around various media outlets in the past few days. The Spanish newspaper quoted a columnist for Moroccan news outlet Liberation said that Mustafa al Jalfi could have very easily gone to sleep instead of enduring three long hours of JLo’s performance on his television. “We don’t know if, deep down, Jalfi enjoyed the concert himself.”

El Pais went on to state that the fury of the Moroccan public and government demonstrates how the prominent inequality of the sexes continues to be in the country and among its people.

“It is a society in which practicing pre-marital sex and homosexuality can land you in jail, but women’s rights see almost no improvement from day to day,” writes El Pais.