Taroudant- A Moroccan lawyer filed an unusual complaint, on behalf of a client, on Tuesday, against both Jennifer Lopez and the president of the ‘Maroc Cultures’ association, under Articles 483 and 129 of the Penal Code. 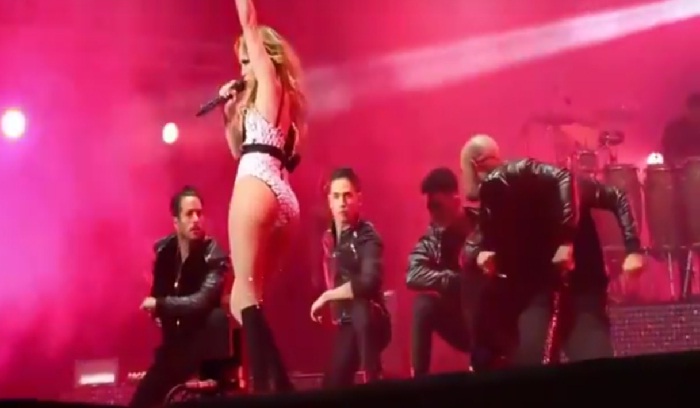 By
Larbi Arbaoui
-
Larbi is a freelance writer and assistant editor at Morocco World News.
Jun 3, 2015
Spread the love

Taroudant- A Moroccan lawyer filed an unusual complaint, on behalf of a client, on Tuesday, against both Jennifer Lopez and the president of the ‘Maroc Cultures’ association, under Articles 483 and 129 of the Penal Code.

The complainant said that on Friday, May 29, “he was walking in the area OLM –the place where Jennifer Lopez gave her performance – when a crowd of both sexes, mainly minors, attracted his attention near the Sofitel hotel.”

The complainant said Jennifer Lopez’s songs “of baseness and poor undeniable taste, with suggestive gestures and attitudes harming decency and morality” offended him.

The man added that the “offenses” were committed in the presence of an audience composed mainly of minors.

According to Article 483, any person who deliberately appears nude in public or performs obscene acts or gestures is considered guilty of harming public decency. The article of the Penal Code punishes the perpetrator with one month to two years in prison and a fine of 200 to 500 dirhams.

The Penal Code considers the offense public when it is committed in the presence of one or more unintentional witnesses or underage, or in a public place.

The American singer was harshly criticized for her “suggestive dances and sexy dress.” Many Moroccans went to social media to denounce Jennifer Lopez’s “immoral and revealing” performance on Mawazine, but this is the first legal complaint filed in Morocco thus far.