Rabat - The operation of receiving Moroccan expatriates dubbed "2015 Marhaba" operation will start on Friday and run until Sept. 15, 2015, said a statement by the Mohammed V Foundation for Solidarity. 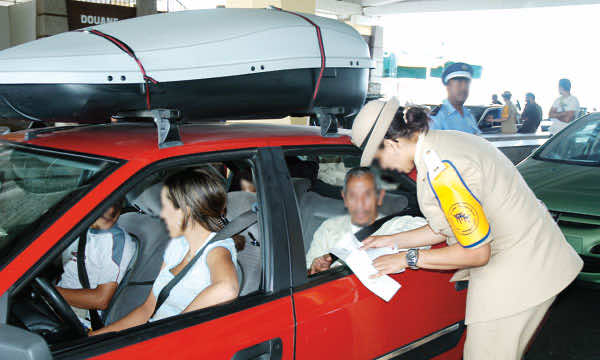 Rabat – The operation of receiving Moroccan expatriates dubbed “2015 Marhaba” operation will start on Friday and run until Sept. 15, 2015, said a statement by the Mohammed V Foundation for Solidarity.

The Foundation, which contributes to the organization of this operation, prepared its 16 reception areas to handle the intense sea and air traffic which marks this time of the year.

They are the reception areas of Tangier Mediterranean, Taourirte, Tazaghine and Jabha, as well as the reception sites of the ports of Tangier-Med, Nador and Al Hoceima, access points of Bab Sebta and Bab Melila and the airports of Casablanca Mohammed V, Oujda Angad, Agadir Al Massira and Fez Saiss.

Abroad, the Foundation will continue offering assistance to the members of the Moroccan community transiting via the European ports of Almeria Algeciras, Sète and Gènes, it said, adding that the reception area Jabha will be operational.

Guides written in 7 languages and offering information to travellers could be provided by notably consulates, banking agencies in Europe, and RAM agencies, it said.

Over 400 social workers, physicians and paramedics are at the service of Moroccan expats.