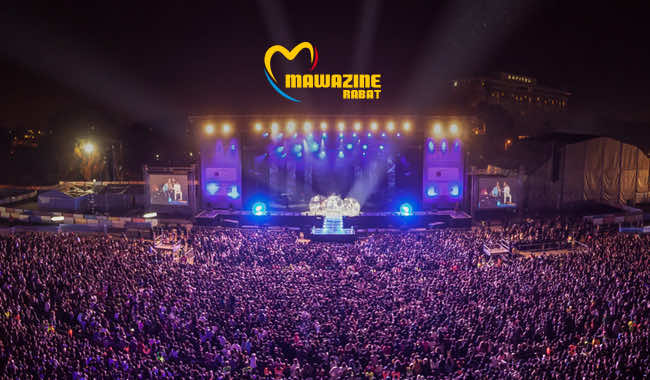 The Festival Mawazine Rhythms of the World, which was held in the Moroccan capital Rabat from May 29 to June 6, closed on a high note Saturday night with the performance of Maroon 5 group, artist Wael Kfoury and Chaabi Adil trio Miloudi Tahour and Daoudi.

Despite the controversy caused by the Jennifer Lopez on the opening day of the festival, this year’s edition was much more successful than previous ones.

Attendance to the different concerts on the program of the festival attracted more than 150,000 people in several occasions.