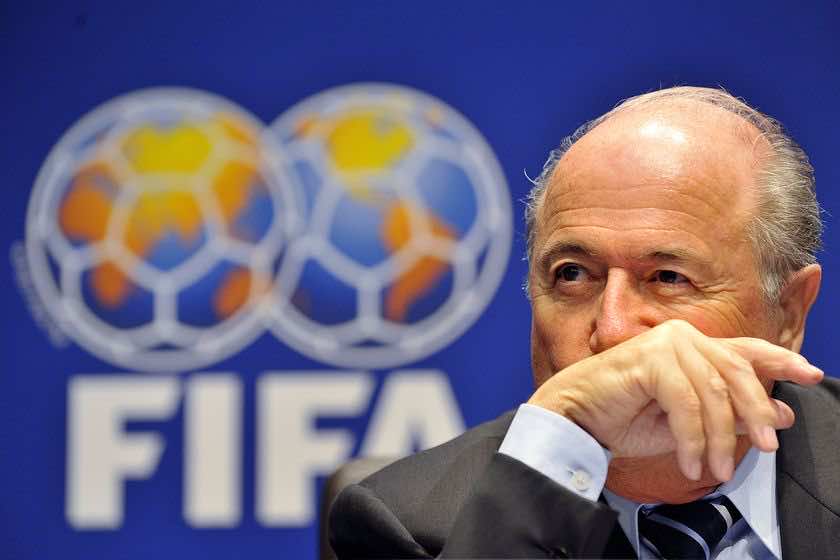 The source says the Swiss top FIFA official was part of the bribery scheme in which South Africa paid a sum of money to three FIFA executive members in exchange of supporting its 2010 World Cup bid.

An email exchanged between FIFA secretary general Jerome Valcke and South African government personnel shows that Blatter was aware of the deal arranged between South Africa and the former FIFA members involved the corruption scheme.

In the email, Valcke asks for the payment to be made, adding that the $10 million was “based on discussions between FIFA and the South African government, and also between our President (Blatter) and President Thabo Mbeki,” reports the South Africa Sunday Times, according to the Associated Press.

According to American investigators, the $10 million was offered to Jack Warner and two other former FIFA executives as compensation for their vote in favor of South Africa’s 201o World Cup bid.

South Africa denies the charges as well as any involvement of its former President in the corruption scandal. It further claims that the amount of money was afforded to FIFA to help the development of soccer in the Caribbean region, a region that was presided by Jack Warner, who has been indicted by the US investigators.

American former FIFA executives told investigators that Warner was one of the beneficiaries of the $10 million paid by South Africa, and admitted that he received bribes in connection with the 2010 World Cup scandal awarded to South Africa.

Famous British newspaper, The Sunday Times, said it had handed tapes to FIFA in 2010 revealing that the vote held in Zurich on May 15 to determine the host country of the 2010 World Cup was rigged.

The same source added that Ismael Bhamjee, former FIFA executive from Botswana, said in an undercover investigation that Morocco was the actual winner of the election by two votes, but FIFA awarded the hosting rights of the World Cup to South Africa.