Rabat - The sight of the crescent officially marks the start of Ramadan in many countries around the world, including Morocco. By
sara gomez
-
Sara is a writer, traveler, and student at The Florida State University in Tallahassee, Florida.
Jun 24, 2015
Spread the love

Rabat – The sight of the crescent officially marks the start of Ramadan in many countries around the world, including Morocco.

For the next month, practicing Muslims will participate in a period of fasting—but contrary to popular belief, a lot more is sacrificed during Ramadan than just food.

During the holy month, Muslims are encouraged to abstain from their physical and mental desires to focus on spiritual reflection, patience, discipline, and tolerance. This includes fasting from sunrise to sunset, but so much more as well.

Besides fasting, Muslims also intensify prayer rituals during this month and take more personal time to read the Qur’an.

Because of the complexities of Ramadan and the drastic changes in the everyday life of those who practice it, it is important for those residing in Morocco but not participating to be respectful and sensitive toward those who are.

Non-Muslims and Muslims may co-exist peacefully during Ramadan as they have for ages—the key is to be informed and prepared.

To help alleviate any confusion there may be surrounding how to survive Ramadan 2015, here is a list of five essential questions (and their answers) that a non-practicing resident of Morocco may have.

1. Let’s start with the basics. Besides a period of fasting and worship, what exactly is Ramadan?

In Islamic tradition, Ramadan is the ninth month of the calendar—the holy month. During this time, the Qur’an was revealed to the Prophet Muhammad for the first time. The exact dates during which Ramadan is held are not set in stone; the holy month can fall during either summer or winter months. The only defining factor is the moon, which governs the Islamic Hijiri calendar. The first day of Ramadan is the day following the sight of the first crescent moon, called hilal. This year, Muslims began observing Ramadan on the late evening of Wednesday, June 17th.

2. So even though it’s not all about food, how does fasting during the day work?

Ramadan presents an interesting contradiction for those who observe it: they must make drastic changes to their eating habits, prayer rituals, physical desires, private thoughts, and sleeping patterns. Yet they are encouraged to go on about their everyday duties, such as work and school. Both of these accommodate their schedules to fit the needs of those observing Ramadan. But for the most part, Muslims are expected to carry on about their routine.

So although you won’t find extreme life-altering changes in Morocco during Ramadan, you will most certainly come across some adjustments. Muslims fast from dawn to dusk, so many restaurants and cafes that usually welcome tourists will be closed. If you do manage to purchase food or drinks in public places during Ramadan, it is of the utmost importance to refrain from consuming them in public, even if you are not a practicing Muslim, out of respect to those who are.

3. No eating or drinking in public. Got it. Anything else?

In addition to food and drink, Muslims must also quit smoking cigarettes, expel lustful and hateful thoughts, abstain from sexual activity and avoid speaking negatively of others. Because of this, Muslims may sometimes be more prone to aggression and short-tempers, although this is where patience and self-control are tested—Muslims must curb both their appetites and attitudes, no matter how strained they may be. Be patient and kind with practicing Muslims, and don’t be surprised to find that many people nap during the day to combat fatigue.

4. If observing Ramadan is not technically “mandatory,” why do people do it?

For practicing Muslims, observing Ramadan is about much more than just seeing how long they can go without eating. In fact, despite all of the drastic physical changes that Muslims make to their routine, Islamic tradition says that the physical sacrifices are the very least of it—the ultimate goal of those practicing Ramadan is to distance themselves from their desires and experience life as someone who is less “privileged” does.

This distancing allows them to focus on their spirituality and develop a deeper understanding of themselves, the world, their faith, and ultimately God. Foreigners may have an insanely different view of the world, religion, and spirituality than Muslims do—but as a visitor in a Muslim country, it is imperative to understand why Muslims believe in what they do.

5. How does charity play a part in Ramadan?

Although it may seem as if Ramadan is all about taming one’s own desires and reaching a personal point of spirituality, the holy month encourages Muslims to think about others just as much as they do themselves. Even if Muslims are fasting, giving to the homeless or “less-fortunate” is an important part of Ramadan. Both practicing Muslims and visitors are encouraged to donate to charity during this time.

Keeping these things in mind will help you experience this unique period of time in the Arab world. Enjoy your stay, and Ramadan Mubarak! 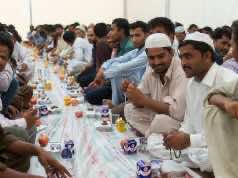 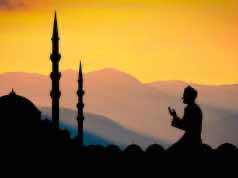 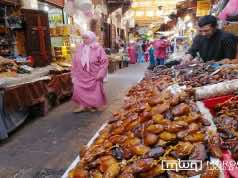 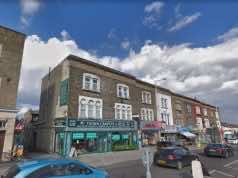