Rabat- The first rake of coaches of the high-speed train between Tangier and Casablanca is expected to arrive in Morocco next week. 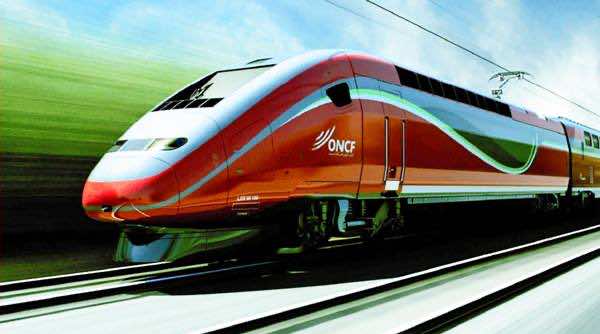 Rabat- The first rake of coaches of the high-speed train between Tangier and Casablanca is expected to arrive in Morocco next week.

According to ONCF, Morocco’s national railway operator, the manufacturing of the coaches of the high-speed train has now reached an advanced stage, adding that the coaches will undergo a series of static and dynamic tests, audits and updates.

The company said in a communiqué carried by news website H24info that the high-speed train would initially run on the existing conventional rail network. The train would be rolled out on the high-speed line starting from the last quarter of the current year.

ONCF said it will acquire 12 high-speed coaches, adding that construction work is progressing at a fast pace after solving all constraints and technical problems.

The high-speed train project has reached 70 per cent in completion while the rest will be delivered progressively until the end of 2016, the statement added.

Working on the railway equipment (tracks, catenary wires, signaling system) will be initiated by the end of 2015 with the delivery of the first platforms of the line.

The entire high speed line will be delivered in 2017 to undergo a series of systems integration and testing before commercial operations.