Rabat - Former U.S. Secretary of State Hillary Clinton had sought to create a "Union of the Mediterranean" led by countries in the region, including Morocco. 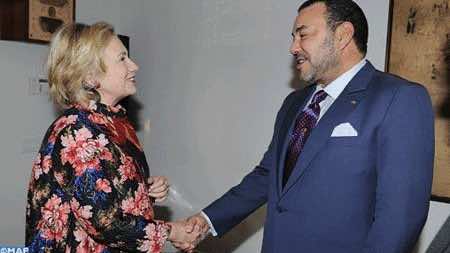 Rabat – Former U.S. Secretary of State Hillary Clinton had sought to create a “Union of the Mediterranean” led by countries in the region, including Morocco.

The idea was contained in a March 17, 2011 email sent from longtime confidant and adviser Sidney Blumenthal to Clinton and released this week by a House Committee investigating the 2012 attacks in Benghazi, Libya that killed US Ambassador Chris Stevens and three other Americans.

Sidney Blumenthal, who was an unofficial adviser to Hillary Clinton when she was US secretary of state, told Clinton that the uprisings sweeping countries like Libya, Egypt, Tunisia and Morocco at the time could be used to establish a Mediterranean alliance – in which the U.S. will play a critical role.

In the email, Blumenthal also explained to Clinton that the Mediterranean Union can begin with initial economic links, similar to the European Union which began with a coal and steel agreement, then unfold into other areas of cooperation.

Blumenthal, who once worked as senior advisor to former president Bill Clinton, said the prospective Mediterranean Union: “recasts the war on terrorism; isolates those Arab states that remain authoritarian repressive regimes without imposing punitive measures; give the U.S. a hand in reform and development in Egypt, Tunisia, Morocco, Libya, etc.; and offers a new incentive into the Mideast peace process (such as it is).

For more perspective, Blumenthal also sent Hillary Clinton an article by Mustapha Tlili, founder and director of the NYU Center for Dialogues, in which he called for a Mediterranean Union “to serve as the framework for a new moral vibrancy in the Middle East, North Africa and beyond.”

This email and dozens of pages including other emails that Blumenthal had exchanged with Hillary Clinton when she was in office were handed over to the House Committee probing the 2012 Benghazi attacks.

According to media reports, he was asked by the congressional panel about where he was getting his information and why he was routinely writing intelligence memos for Hillary Clinton, especially that he did not work for the state department at the time.