Rabat - Four-year old Moroccan Yahya El Jabali, born with no eyes and a hole where his nose should be, has unveiled his new face after undergoing a groundbreaking surgery in Melbourne, Australia. 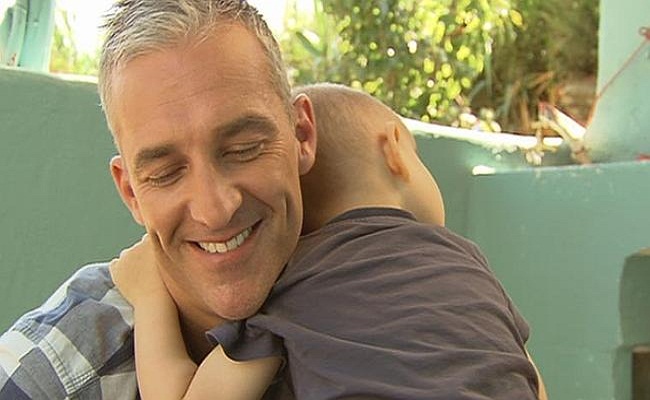 Rabat – Four-year old Moroccan Yahya El Jabali, born with no eyes and a hole where his nose should be, has unveiled his new face after undergoing a groundbreaking surgery in Melbourne, Australia.

The child was born in a small village near Casablanca with a deformed face because of complications in the womb, which stopped the bones of his face from fusing together.

Yahya’s father, Mustapha Zohra, was desperate to find a solution for his son. He consulted several surgeons who refused to perform the operation.

Fortunately for him, Yahya’s story spread on social networks and attracted the attention of Fatima Baraka, a Moroccan citizen living in Australia, whotook him to Melbourne for a surgery.

Now, after undergoing an 18-hour reconstructive surgery to remodel his face, Yahya El Jabali received a new chance to live a normal life.

Professor Tony Holmes, who led the surgeons during the operation, said  that the surgery on Yahya was as challenging as it gets. He explained that there was a chance that the boy might survive if the doctors did not operate on him, but there wasalso a chance that he might die if they did.

“It’s quite remarkable to witness this team of surgeons, they basically reconstructed his face, they broke every bone they could and put it back together in the right spot, ” Tony Holmes added.

The successful surgery blewYahya’s father away. Yahya’s father, Mostafa, told Channel Seven’s SundayNight: “It’s a huge joy, a huge happiness to see my son in such a situation.”

“I just can’t believe what he’s been through and how he just comes out and gets better and better every time,” Baraka said.

Baraka went on to add that she believes Yahya is a smart child, and he deserves to have a bright and healthy future.