Madrid- Fostering cooperation ties with African countries is one of the main goals of Morocco, wrote on Wednesday Spanish daily "El Pais" in a special issue on Morocco. 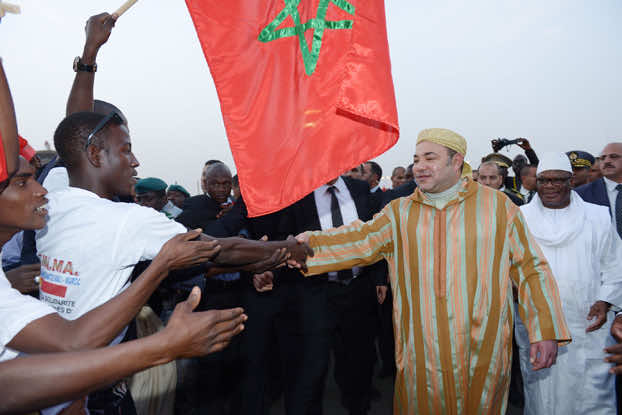 Madrid- Fostering cooperation ties with African countries is one of the main goals of Morocco, wrote on Wednesday Spanish daily “El Pais” in a special issue on Morocco.

The seven-page issue, drawn up by “theworldfolio.com” agency which specializes in economy and finances, underlined that King Mohammed VI has reiterated the Kingdom’s commitment towards African countries to set up a coherent and adequate policy, based on a shared use of wealth, the promotion of human development and the reinforcement of economic cooperation.

The paper recalled that the tour made by the sovereign last February in some African countries was crowned by the signing of 91 trade agreements.

In an international juncture marked by the global slowdown, the Moroccan enterprises are present in the African continent, which is finally ready to takeoff thanks to its emerging economies with annual growth rates of 5% and huge natural resources, it added.

Armed with its stability and democratic and economic reforms, Morocco is aspiring to position itself as a platform of international investments towards Africa, all the more so because the Kingdom has posted over the past years growth rates estimated at 5%, it noted, quoting Spain’s former ambassador in Rabat José de Carvajal who said that Morocco is witnessing a “promising, encouraging and very positive phase.”