Rabat - The “gay” man who attacked by a mob on Monday in the street of Hassan II in Fez described his “dreadful” experience in a video posted on YouTube on July 1. 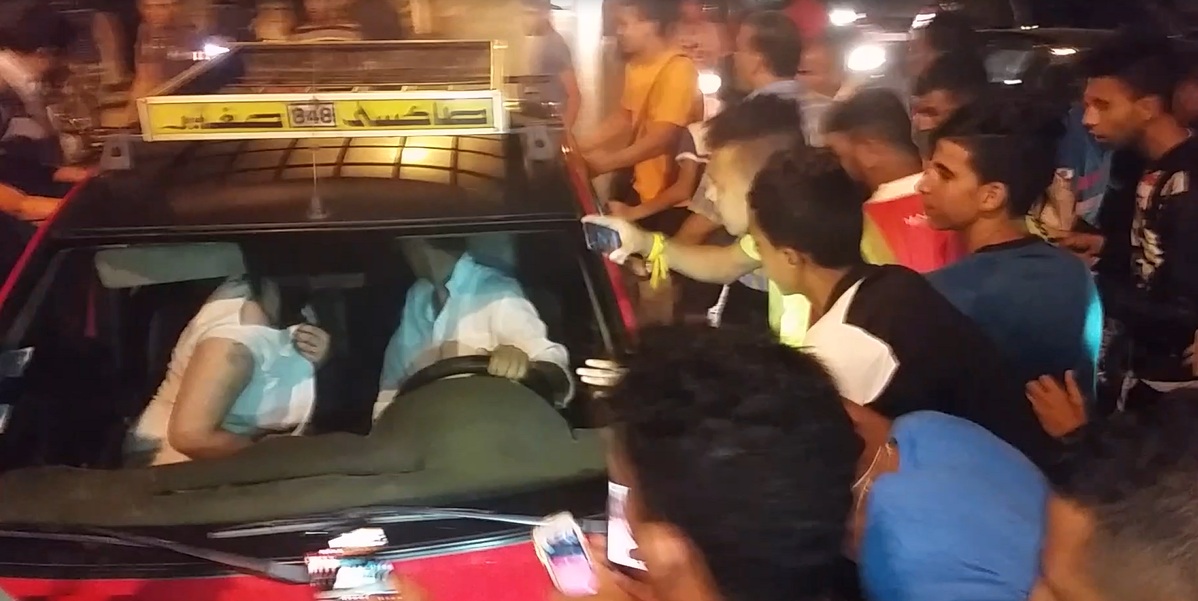 Rabat – The “gay” man who attacked by a mob on Monday in the street of Hassan II in Fez described his “dreadful” experience in a video posted on YouTube on July 1.

The alleged gay man, whose identity has not yet been revealed, said that he had “survived certain death,” after being “beaten brutally and humiliated by an angry mob,” for no reason other than “a disagreement with a taxi driver over the price of the ride.”

“I came out of the cafe, and got into a taxi, but the taxi driver refused to take me home for the usual price,” the man said on the video. “After our disagreement over the price, he snatched my two smart phones and my wallet, and then started to shout out ‘ay!’ in order to draw people’s attention and escape with my phones.”

The man also said that the “aggressive” taxi driver tore his “Derraia” (a loose, sleeveless tunic worn by Moroccan men for prayers in hot weather), and snatched his necklace before an angry mob start to beat him and humiliate him.

He said that he got into another taxi to escape the aggressive crowd, but they surrounded that taxi and blocked its path while yelling at him and filming the scene with their smartphones.

“They didn’t have any right to attack and humiliate me while I was inside a taxi,” he said.

“Instead of arresting the aggressors, the police arrested me and kept me locked up from 1 a.m until 12 p.m with no food. Why?” he asked.

“I am demanding the right of asylum in a country where the law is respected,” he said, adding that he is undergoing a traumatic experience and frightening memories after his family “abandoned him” and “threatened to kill him.” as a result of this incident.

The incident went viral on social media, and the Public Prosecutor at the Court of First Instance in Fez has reportedly opened an investigation into the matter, pledging to identify the perpetrators and bring them to justice.