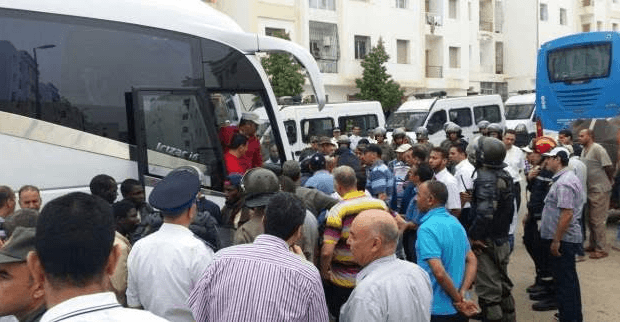 During this operation, the authorities discovered dinghies, engines and oars used in illegal emigration operations to the other shore of the Mediterranean, the ministry pointed out in a statement.

The evacuation operation, carried out in coordination between the various departments concerned, took place under normal conditions and, the same source said, adding that no incidents were registered.

The sub-Saharan migrants had previously been ordered by local authorities to evacuate the apartments they occupied illegally.