Morocco World News
Home Highlights on Morocco Morocco to Have the Longest Bridge for High Speed Train in the... 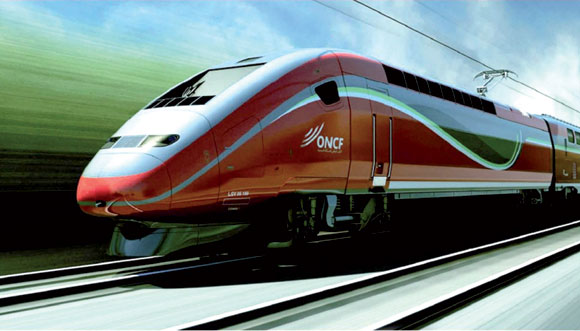 Rabat – Morocco’s high speed train (TGV), the longest railway in Africa, will be an immense project in terms of infrastructure. It will lead to the construction of the longest bridge for high speed lines in the world.

Mohamed Khlie, the general director of the ONCF, said Wednesday in a press conference in Rabat that the TGV project will be distinguished by the bridge El Hachef. It will be the longest bridge for a high speed line in the world with a length of 3.5 km.

The director also mentioned that the TGV will cross 200 km at 320km/h. The socio-economic impact of this new project will allow passengers to save time and will increase the capacity of the train. The line will be in operation by late 2017 or early 2018, and will be affordable for regulars of the railway network.

The director specified that the railway project will benefit from a dynamic management, an appropriate risk analysis, and constant supervision of the companies involved in the project.

He also expressed his satisfaction with the financial results of 2014. In 2014, the ONCF transported 39.5 Million passenger, generating 1.45 billion MAD, a 4% increase from the previous year.

The ONCF has invested over the 6 million MAD dedicated to the projects registered in the 2010-2015 investment program.