Rabat - When an imam of Moroccan origin heard that a church in the Canadian city of Toronto had been vandalized by a young Muslim, he decided to launch a campaign to raise money to help repair the damage. 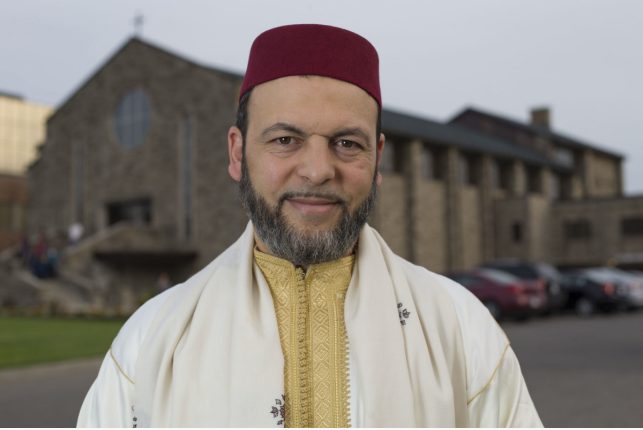 Rabat – When an imam of Moroccan origin heard that a church in the Canadian city of Toronto had been vandalized by a young Muslim, he decided to launch a campaign to raise money to help repair the damage.

Hamid Slimi, a Moroccan imam of the Sayeda Khadija Centre in Mississauga, Canada, visited the St. Catherine of Siena Roman Catholic Church where Father Camillo Lando showed him some of the vandalism caught on camera.

Shocked by what he saw at the church, Slimi told mosquegoers about the incident at a Friday sermon and urged them to donate to help repair the vandalism. In one day, his congregation managed to raise around $5,000.

“It was a very bad scene,” Slimi told The Star. “The guy who did it ripped pages out of the Bible. He broke the altar. He threw the cross,” said Slimi. “When I saw this, I thought it was pure injustice. It was just wrong.” 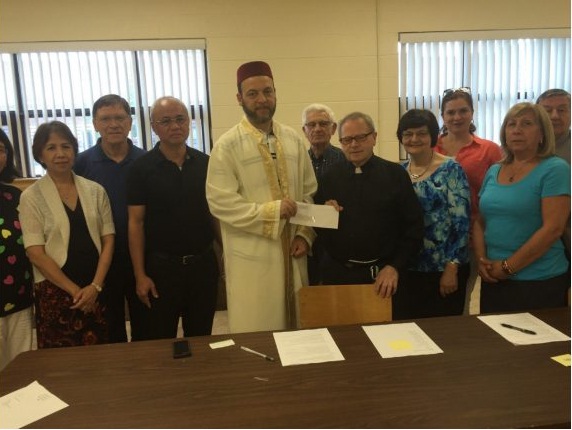 The newspaper said that the police arrested 22-year-old Iqbal Hessan after he was caught on security camera vandalizing the church.

He was charged with breaking and entering. During his trial, Hessan said “he was upset with the Christian religion”.

His father reportedly told the court his son had been diagnosed with schizophrenia, which he believed had caused his anger and imbalance.

After reviewing Hessan’s mental health history, police decided “they were not proceeding with a hate crime,” The Star reported.

“I told my community, there is nothing we can do now. But the church needs funds,” said Slimi. “We believe there is no discrimination in charity. It is the act that is rewarded. It doesn’t matter who is the recipient.”

Father Camillo Lando plans to inform his congregation about the donation at a mass.

“I will tell my congregation that it was really a beautiful and generous gesture on their part,” Lando told The Star. “And also it’s an act of confidence and understanding. We are walking together in this community. We keep our faith, and we have to honor and respect people of other faiths.”