Rabat - One Moroccan out of ten still practice open defecation, according to a new UN report. 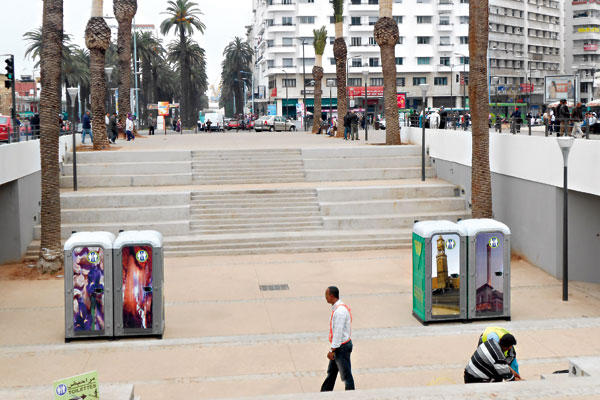 Rabat – One Moroccan out of ten still practice open defecation, according to a new UN report.

It has also found that one in every three, or 2.4 billion people on the planet, are still without sanitation facilities, including 946 million people who defecate in the open.

According to the report, entitled “Progress on Sanitation and Drinking Water: 2015 Update and the Millennium Development Goals (MDGs)”, released on June 30 by the UN Children’s Fund (UNICEF) and the World Health Organization (WHO), Morocco has met the MDG sanitation target and has succeeded in providing improved sanitation coverage to 77 per cent of its population in both urban and rural areas.

Morocco is among the 16 countries that have reduced open defecation rates by at least 25 percentage points. In Morocco’s case, there has been a reduction by 29 per cent in open defecation in urban areas since 1990, the report said. However, 23 per cent of Moroccans in rural areas are still with no access to improved sanitation.

The report has also found that Morocco has not met its MDG target of increasing use of drinking water in both urban and rural areas, with 13 per cent of the population in 2015 still with no access to adequate water.

The report called for more progress on sanitation to prevent the spread of water-related diseases in the world. It also warned that the lack of sanitation will undermine health benefits from gains in access to safe drinking water.

“Until everyone has access to adequate sanitation facilities, the quality of water supplies will be undermined and too many people will continue to die from water-borne and water-related diseases,” said Maria Neira, Director of the WHO Department of Public Health, Environmental and Social Determinants of Health.