Rabat- Morocco’s Platinum Power is moving forward to invest over $845 million in a 400 MW hydroelectric project in Makay, Cameroon, the company said. 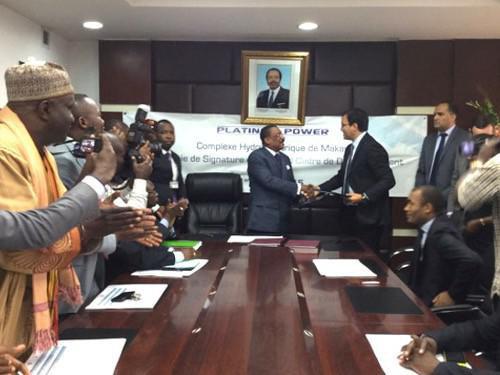 Rabat- Morocco’s Platinum Power is moving forward to invest over $845 million in a 400 MW hydroelectric project in Makay, Cameroon, the company said.

Cameroon’s Minister for Energy and Water Basile Atangana Kouna signed on Wednesday a public-private partnership agreement with Platinum Power that provides the framework to develop a hydroelectric power project in Cameroon.

Platinum Power which is a subsidiary of US private equity firm Brookstone Partners, focuses on the development, financing, construction, ownership and operation of utility-scale renewable energy projects in Africa.

In April, the firm announced its plan to invest over $763 million in building a series of hydroelectric dams in Ivory Coast.

Belmamou said that the company was looking for other opportunities in Africa.

“Gabon interests Platinum and in March 2015 we communicated with the Gabonese minister of energy and water resources,” he concluded.