Rabat - The Moroccan Ministry of Interior has recently shared a report blowing the whistle on the rate of criminality in the Kingdom, especially in Casablanca. 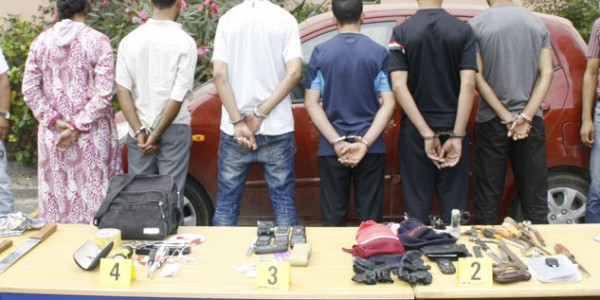 Rabat – The Moroccan Ministry of Interior has recently shared a report blowing the whistle on the rate of criminality in the Kingdom, especially in Casablanca.

43% of the total cases registered at the national level constituted offenses against people and their property. Of the 43%, 183,000 cases were crimes and offenses that affected public security.

In light of the growing numbers of theft and assaults on persons by thieves on motorcycles, Casablanca’s inhabitants feel a general sense of insecurity.

Given the large number of crimes in the biggest city of the kingdom, some activists have set up associations to sensitize citizens and help authorities fight against crime.

Speaking to Alarabiya, Abdul Wahid Mehtani, one of the founders of these associations, said that assaults on citizens have been the main contributing factor for the decline of public security in Casablanca.

He stated that the objective behind the association “was not intended to replace the authority or to exercise justice on offenders”, but rather solely to “monitor and report criminals by taking photos and following theft cases.”

Mehbati added that the association will also help victims and their families file law suits and accompany them throughout the legislative process.