Rabat - Morocco's press union SNPM has condemned the views of Ahmed Mansour, a journalist with the Qatar-based network Al Jazeera, on the Moroccan media and its journalists. 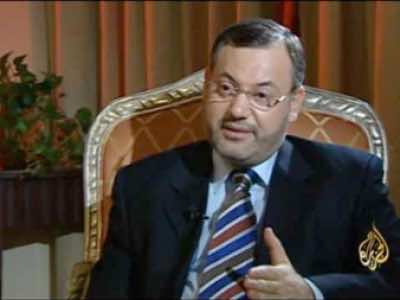 Rabat – Morocco’s press union SNPM has condemned the views of Ahmed Mansour, a journalist with the Qatar-based network Al Jazeera, on the Moroccan media and its journalists.

Mansour, 52, an Egyptian television presenter and one of Al Jazeera’s prominent journalists, described some Moroccan journalists as “pimps, bastards, corrupt and insects” as a response to a story published on the daily newspaper Asabah which was carried by other Moroccan websites about his alleged involvement in a conventional marriage with a Moroccan woman affiliated with the ruling Islamist Party of Justice and Development.

On July 3rd, Ahmed Mansour took to Facebook to expose what he described as “the corrupt journalists and politicians of Morocco” after Asabah newspaper claimed the presenter of the Bela Hodod (without frontiers) talk show on Al Jazeera Arabic has been married to about 17 wives, including four Moroccans, in conventional marriages.

“The yellow press in Morocco, run by some politician and journalist pimps, bastards, corrupt people, and insects who live in the gutter, as well as their Egyptian colleagues, are trying to tarnish my reputation and that of some honest Moroccan politicians,” Mansour wrote, referring to the politicians of the Justice and Development Party (PJD).

The Moroccan press union has also criticized Mansour’s accusations against the Moroccan press, which he said is “spreading vice and debauchery among Moroccans”, regretting at the same time the republishing of the obscene remarks by some websites, including that of the Party of Justice and Development.