Rabat - Chinese authorities in Xinjiang are offering watermelon to Muslim students to make sure they don't fast during the holy month of Ramadan. 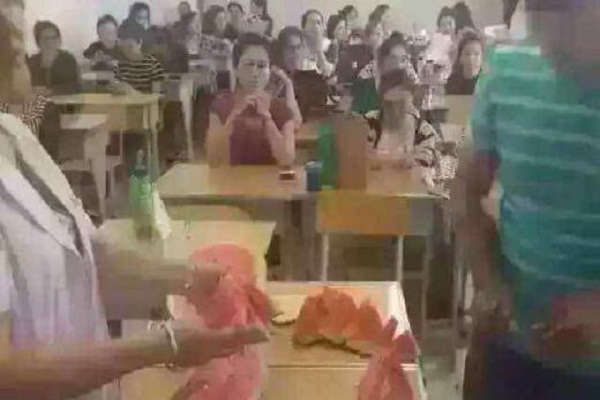 Rabat – Chinese authorities in Xinjiang are offering watermelon to Muslim students to make sure they don’t fast during the holy month of Ramadan.

Students at Urumqi’s University of Medicine in Xinjiang, a region with a huge Muslim Uighur population, are being handed out free slices of watermelon in the middle of the day in an attempt to prevent them from fasting during the month of Ramadan.

According to France 24, in a stark defiance to the freedom of religion guaranteed by the Chinese constitution, the authorities reportedly threaten students who refuse to abstain from fasting that they will take their diplomas away. 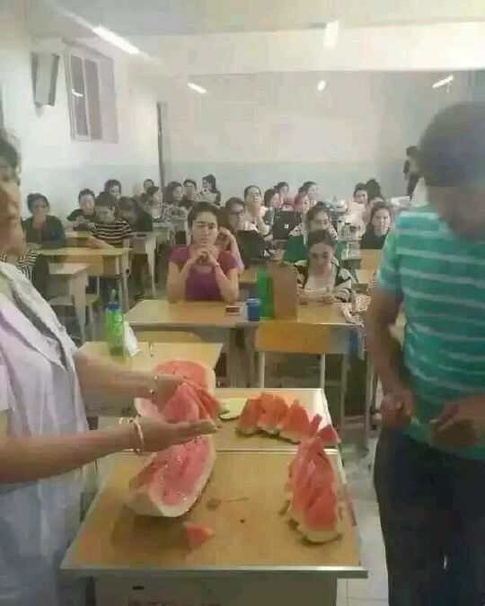 Muslim members of the Communist Party in Xinjiang, civil servants, and teachers have also come under pressure to give assurances that they will not fast or attend religious activities during the holy month of Ramadan.

The Chinese authorities have also launched media campaigns warning against what they described as “the health complications” that can arise from fasting.

The Uighur population is comprised of Turkish-speaking Sunni Muslims who make up 45% of the population in the oil-rich Xinjiang region.