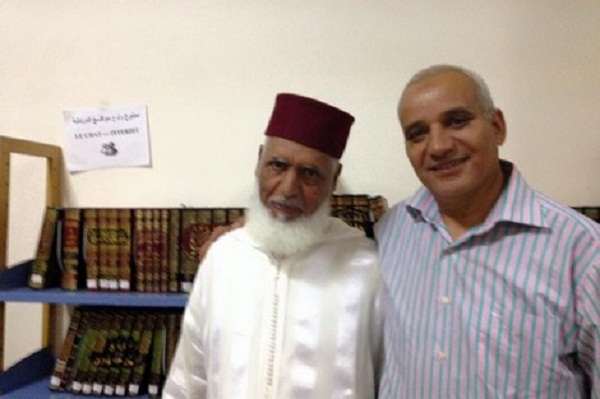 Ahmed Sedki, a 64-year-old retiree, is probably the oldest candidate this year. Neither his long white beard nor his old age prevented him from sitting for 2015’s exams in the college of the Green March in Khouribga.

Ahmed Sedki, who has three sons and five grandchildren, told Hespress, “Knowledge has no limits and is not constrained by age or any other handicap.”

Sedki said that he is highly motivated to pursue his studies at the school of Islamic Law and Legislations.

Teachers at the high school encouraged him to achieve his goal by providing him guidance and moral assistance. “Some of the teachers promised to keep supporting me to achieve my dream and get Ph.D.,” said Sedki.

Sedki’s enthusiasm for education impressed professors in Khouribga. Dr. Habib Nasri, a Researcher Professor based in Khouribga, said that he was amazed by the great energy within Sedki, who challenged all the hindrances and obtained his baccalaureate, an achievement that hundreds of youngsters could not reach.

Despite holding a degree in technical education from 1972, the candidate decided to sit for the national exam with his grandchildren earlier this year with determination.

In a statement to the Maghreb Arab Press (MAP), Sedki explained that since he was forced to retire by his employer, the Office Cherifien des Phosphates (OCP), he has felt an irresistible urge to catch up and finally obtain his baccalaureate.

According to the Ministry of National Education, the number of Moroccan candidates who sat for the national baccalaureate exams this year climbed to 507,413 candidates, marking an increase of 2.9% compared to 2014.