Taroudant - Moroccan activists launched a fundraising campaign to buy a house for a physically and mentally disabled woman who gave birth to a baby girl last week in the Mohamed V Hospital in Eljadida, after being subject to repeated rape. 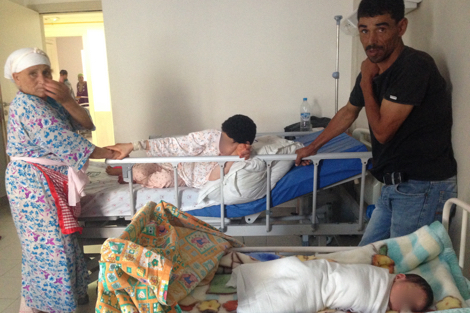 By
Larbi Arbaoui
-
Larbi is a freelance writer and assistant editor at Morocco World News.
Jul 7, 2015
Spread the love

Taroudant – Moroccan activists launched a fundraising campaign to buy a house for a physically and mentally disabled woman who gave birth to a baby girl last week in the Mohamed V Hospital in Eljadida, after being subject to repeated rape.

After the tragic story of 31-year-old Fouzia went viral on social media, Moroccan activists called on philanthropists to donate in order to provide health care and a home to the victim and her family, who are living in miserable conditions.

At the initiative of The Second Chance association, activists launched their fundraising campaign on two websites:

“We want to dream with you and believe that it is possible to provide a shelter for Fouzia,” the organizers said, adding, “we call on merciful people on social networks to make this little dream come true.”

Under the theme “offering a shelter,” the campaign launched on Cotizi by The Second Chance managed to raise MAD 96,372 (USD 9842) from only 340 donors, at the time of writing.

The Second Chance hopes to achieve the sum of MAD 250,000 by the end of August.

The other fundraising campaign launched on Leetchi has raised EUR 935 (USD 1028) from 27 donors.

According to a doctor interviewed by the Moroccan television channel 2M, the victim gave birth to healthy baby girl by cesarean section.

The authorities have reportedly started an investigation to arrest the rapist, who took advantage of the absence of the victim’s mother to rape the Fouzia.