Rabat - Muslim organizations in the US have launched an online campaign to raise money to help repair burned African-American churches. 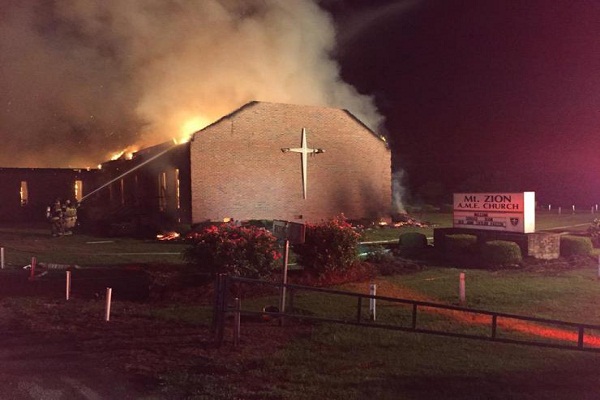 Rabat – Muslim organizations in the US have launched an online campaign to raise money to help repair burned African-American churches.

“To many, it is clear that these are attacks on Black culture, Black religion and Black lives,” says the campaign’s website, organized by Muslim ARC, the Arab American Association of New York, Muslim Anti-Racism Collaborative as well as Ummah Wide, a digital startup with a focus on Muslim issues.

“It’s Ramadan, and we are experiencing firsthand the beauty and sanctity of our mosques during this holy month. All houses of worship are sanctuaries, a place where all should feel safe.

Since its launch on July 2nd, the campaign has so far raised $$23,000. The campaign will continue until July 18th and the money will be then given to pastors of the damaged churches.

“The American Muslim community cannot claim to have experienced anything close to the systematic and institutionalized racism and racist violence that has been visited upon African-Americans,” organizer Imam Zaid Shakir wrote on the campaign’s website to explain the motivation for the campaign.

“We do, however, understand the “climate of racially inspired hate and bigotry that is being reignited in this country.

We want to let our African American brothers and sisters know that we stand in solidarity with them during this dark hour. As a small symbol of that solidarity, during this blessed month of Ramadan, we are gathering donations to help rebuild the seven churches that have been burned down since the racist murders in Charleston, South Carolina,” the California-based Imam wrote.

Three of the fires are suspected arson attacks and are being investigated. Authorities have not classified any of the fires as hate crimes.