Taroudante - Muslim schoolchildren from the United Kingdom received an award on June 24 for best health innovation after inventing a condom that changes color when it comes into contact with sexually transmitted infections, such as chlamydia and syphilis. 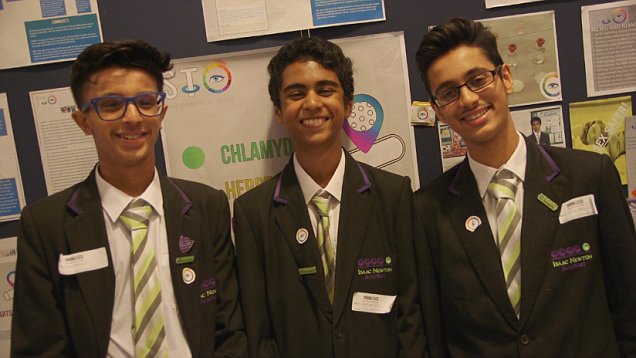 By
Larbi Arbaoui
-
Larbi is a freelance writer and assistant editor at Morocco World News.
Jul 8, 2015
Spread the love

Taroudante – Muslim schoolchildren from the United Kingdom received an award on June 24 for best health innovation after inventing a condom that changes color when it comes into contact with sexually transmitted infections, such as chlamydia and syphilis.

A group of intelligent teenagers named Daanyaal Ali, 14, Muaz Nawaz, 13, and Chirag Shah, 14, at the Isaac Newton Academy in Ilford, Essex, were able to “make detecting harmful STIs safer than ever before,” thanks to a built-in indicator, allowing users to detect STIs in the comfort of their homes without the often-scary procedures.

Speaking about their innovative idea, Ali said, “We wanted to make something that make detecting harmful STIs safer than ever before, so that people can take immediate action in the privacy of their own homes without the invasive procedures at the doctors.”

“We’ve made sure we’re able to give peace of mind to users and make sure people can be even more responsible than ever before,” he added.

The talented teens showcased their idea at the 2015 TeenTech Awards ceremony held in London before teams of judges made up of industry experts, celebrity science presenters, journalists, and eminent academics.

According to TeenTech, the schoolchildren were contacted by “a condom manufacturer, impressed by their determination to tackle a sensitive issue.”

Speaking about their pioneering ideas, Maggie Philbin, founder and chief executive of TeenTech, said, “We encourage students to take their ideas out of the classroom by putting them face-to-face with industry professionals, helping to open their eyes to the real potential of their ideas.”

This idea was one of many showcased by talented young entrepreneurs who received awards for their cutting-edge ideas on how to improve the world.