Rabat - A Catholic group in Spain has advised people not to go to mixed beaches during the summer to avoid what they described as "sins of the flesh". 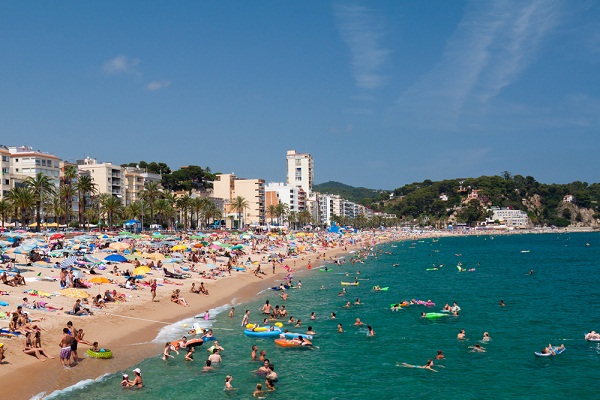 Rabat – A Catholic group in Spain has advised people not to go to mixed beaches during the summer to avoid what they described as “sins of the flesh”.

The group from the northern Spanish region of Asturias has caused controversy in Spain by calling for beaches to be segregated by sex, according to the Spanish website The Local.

“Catholics, preserve your decency in summer, too: Don’t go to mixed beaches!” reads a poster uploaded by the group to its Facebook page. The poster was accompanied by a list of recommendations on how beachgoers should behave during the holiday season in Spain. 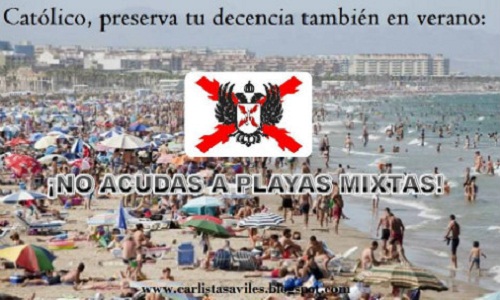 The group warned Spaniards against visiting swimming pools, “where the reduction in space and the mass of people brings danger even closer,” the same source added.

The group also included a dress code for people who consider visiting the beach during the summer. According to the Catholic group, men are advised to wear a simple bathing suit while women should wear a swimsuit that covers their body and a little skirt for when out of the water.

“The nudity of the bodies and the prevailing hedonism can weaken the devout soul,” said the group which was formed in 2014. The group is comprised of 29 members.

The group, which calls for “Catholic resistance” against the “current modernist Church”, said that it would be better for people not to go to beaches if they fail to find one which is segregated by sex.

A similar call was made in Spain’s southern neighbor, Morocco, when a group of young men in the southern city of Agadir urged tourists not to wear bikinis during the holy month of Ramadan.