Washington, D.C. - The Association of Moroccan Professionals in America (AMPA) and the Middle East and North African Consultants Association (MENACA) joined forces once again to co-host an iftar dinner for members and guests of the two organizations on June 30. This year’s venue, Bamian Afghan Restaurant, in Falls Church, VA, featured a sumptuous buffet of Afghan cuisine. 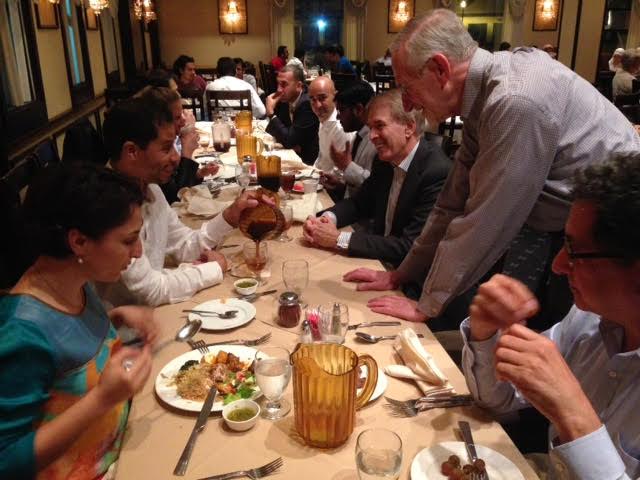 Washington, D.C. – The Association of Moroccan Professionals in America (AMPA) and the Middle East and North African Consultants Association (MENACA) joined forces once again to co-host an iftar dinner for members and guests of the two organizations on June 30. This year’s venue, Bamian Afghan Restaurant, in Falls Church, VA, featured a sumptuous buffet of Afghan cuisine.

The event was MENACA’s second annual iftar, and one of several iftar events hosted by AMPA in cities around the U.S. and in Morocco. AMPA members gathered this week in Seattle, the San Francisco Bay area, and Casablanca to share a traditional Moroccan iftar. AMPA’s New York iftar will be held on July 9, at Zerza Moroccan Mediterranean Restaurant.

The Association of Moroccan Professionals in America (AMPA) is a non-profit organization whose mission is to promote networking, professional development, and transatlantic business opportunities for its members. AMPA’s strategic initiative is designed to capitalize on the current highly favorable business and political climate and the growing commerce and trade between the U.S. and Morocco for the benefit of its members.

AMPA’s President Chaouki Zahzah sent Ramadan greetings to members and guests in all the cities. “It is important also to recognize an opportunity to give back during Ramadan,” he said. AMPA partnered once again with the Morocco Foundation, a 501(c)(3) organization based in the U.S. and Morocco, and members were encouraged to make a contribution to support the Foundation’s school renovation projects in Morocco.

MENACA is a coalition of highly experienced professionals doing business in the MENA region.  Having grown exponentially in three years from its original twelve founding members, MENACA’s members range from individual consultants specializing in a specific country or sector to much larger-sized consulting firms with a strong MENA focus.

Like AMPA, MENACA seeks to promote cooperation among its members and the business community, creating business opportunities with a focus on the MENA region. MENACA also facilitates collaborative initiatives with governments of the region. President and CEO Laura Lombard said, “We were happy to partner with AMPA once again this year, showcasing our alignment of interests and potential for collaboration in the MENA region.”