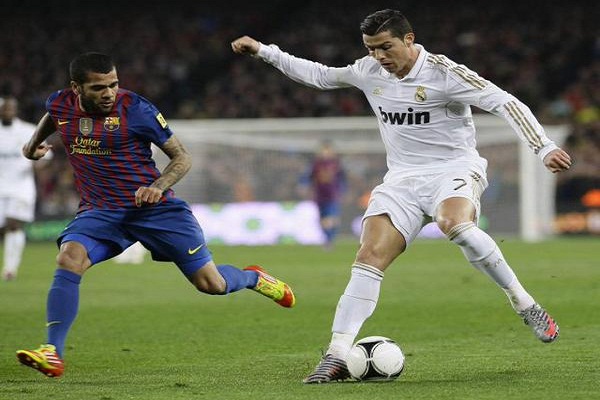 “I think [Ronaldo] cares little for what really matters, which is the collective side of the game,” Alves told Bola da Vez. “So much so that some criticized us during the celebration of titles while he celebrated the Pichichi [La Liga’s leading scorer].”

“He has things that I do not admire because I play for the team. I think that my team is more important than me,” Dani Alves added.

The Brazilian defender attempted to answer the question regarding who is the best player in modern football. However, it came as no surprise that the former Sevilla player will support his teammate and four-time Ballon D’Or winner Leo Messi.

“Messi is much better than Cristiano Ronaldo. Messi has an influence on the play and Cristiano doesn’t,” he said.

“See if he has an influence on the play beyond scoring goals and appearing in certain moves. Messi is influential, he plays and assists. Messi has a divine gift. Cristiano is work. We have our battles, but I admire him. He is a guy with great dedication and he’s competitive.”