Washington DC - Moroccans are accustomed to the Algerian press provocations. Since the beginning of the Western Sahara conflict between the two nations, media outlets close to the DRS (Algerian military intelligence) have circulated propaganda stories aimed at discrediting Morocco in the eyes of the Algerian public. For the most part the stories are “laughable,” however, DRS allegations recently published in the pro-military press  accusing Morocco of orchestrating terrorist attacks in Tunisia and encouraging ethnic clashes between Algerian Berbers and Arabs are despicable and must be countered. 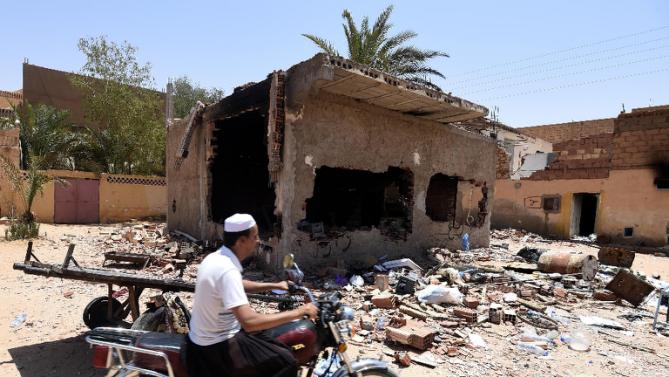 By
Hassan Masiky
-
Hassan Masiky was born in Kenitra, Morocco, and is based in Washington as a blogger and freelance writer.
Jul 10, 2015
Spread the love

Washington DC – Moroccans are accustomed to the Algerian press provocations. Since the beginning of the Western Sahara conflict between the two nations, media outlets close to the DRS (Algerian military intelligence) have circulated propaganda stories aimed at discrediting Morocco in the eyes of the Algerian public. For the most part the stories are “laughable,” however, DRS allegations recently published in the pro-military press  accusing Morocco of orchestrating terrorist attacks in Tunisia and encouraging ethnic clashes between Algerian Berbers and Arabs are despicable and must be countered.

The “independent” Annahar TV reported on the night of July 8 that:  “After “careful and thorough” investigations by the brave Algerian services, it was established that Morocco is behind the ethnic clashes of Ghardaia.”

This DRS propaganda charade put together by Annahar is a desperate attempt to release the Bouteflika government from any responsibility for the bloody events in Ghardaia. Such grotesque lies should not go unanswered by Morocco.

Annahar TV is far from being independent. It is owned by Anis Rahmani who is known for his ties to military intelligence. In an interview with an Algerian news outlet Mr. Rahmani stated that “I am not a DRS agent. But establishing ties between the DRS and I is an honor. I accept this distinction.”

Anis Rahmani (AKA Mokadem Mohamed), is widely criticized in the nonpartisan Algerian press for his close ties to the DRS and his cheap attacks on brave Algerian activists fighting for a free and dignified Algeria. With directions from the DRS, Rahmani’s daily Annahar has published throughout the years a slew of unsubstantiated stories aimed at slandering the military’s opponents.

Annahar TV is not a reliable source. It is intimately connected to hardline elements within The DRS and regularly posts bewildering accounts of Moroccan-Jewish plots to destabilize Algeria. Even though few Algerians will eventually believe these stories, DRS should be exposed for indoctrinating the public with chauvinistic and anti-Semitic narratives.

For years Moroccan officials and journalists have struggled with the dilemma to either answer the DRS allegations thus dignified the lies, or ignore them thus giving the stories credibility. By and large, Morocco ignores these fictional tales. But this time Moroccan officials must lodge a diplomatic complaint against the People’s Democratic Republic of Algeria.

DRS disinformation is a major segment of a constant, ongoing and relentless Algerian indoctrination campaign against the Moroccan government and people. It consists of a native based on blaming the underlying causes of the economic and political tensions engulfing Algeria on a conspiracy plotted in Rabat and Tel-Aviv.

As the political stagnation continues in Algiers, the Algerian press seems to lose its cool. Some Algerian journalists start to believe their own hype when it comes to covering Morocco. From stories of “starvation” in the border city of Oujda to Morocco’s involvement in terror attacks in Tunisia, every ill that affects the Algerian people is blamed on “al-Makhzen,” a word used to refer to the Kingdom.

It is part of a campaign by the authorities in Algeria to deflect form their moral and political failures to deal with the socio-economic problems festering in the M’zab valley and other parts of the Algerian Kabyle region. In fact, it is the DRS backed government policy of marginalization and neglect that led to the riots and violence.

With the obscure behind-the-scenes power struggle with-in the military establishment escalating as Algeria prepares for a post-Bouteflika political team, Moroccans should expect an increase in the anti-Kingdom misinformation in the Algerian press.

Rabat must stay vigilant to DRS‘s plots aimed at creating diversions. An escalation in this “war of words” could lead to unintended consequences. DRS’s dangerous game is threatening the security and stability of North Africa and the Mediterranean.