Morocco World News
Home News Morocco Moroccan Jew Thrown to the Street by Her Family for Converting to...

Rabat - Casablanca resident Rachida, born Rachel, was allegedly thrown to the street and beaten by her family for converting from Judaism to Islam. 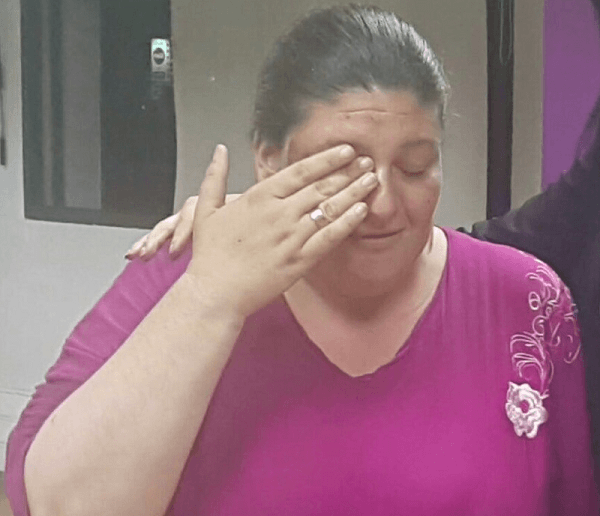 By
Aziz Allilou
-
Aziz Allilou is a student at the Higher Institute of Media and Communications (ISIC) and Morocco World News correspondent in Rabat.
Jul 10, 2015
Spread the love

Rabat – Casablanca resident Rachida, born Rachel, was allegedly thrown to the street and beaten by her family for converting from Judaism to Islam.

Rachel Moryousef Bent Azar, a Jew of Moroccan origin, embraced Islam and changed her first name to Rachida on May 11. Rachida, whose father was a rabbi in Morocco and Israel, is now homeless after her family kicked her out over her conversion.

Rachel told Moroccan news website Goud that her mother learned of her conversion only two weeks ago, adding that she got furious and beat her, “because she confuses between Muslims and extremists and considers all Muslims extremists and terrorists.”

“I tried to convince my mother that Islam is a religion of peace, but she insisted that Muslims are devil and kill each other, adding that the Islamic States’ crimes prove that,” Rachel explained.

She went on to add that her mother told her aunt and another Jewish neighbor about her conversion. “They came to our house and tried to convince me to leave Islam because Muslims are murderous and kill Jews in Israel,” she explained.

Rachel, who appears with bruises around her face in a video talking to a journalist from Goud, said that “she was further abused by her mother, her aunt, and her neighbor” when she shouted, “it is Israel that murders Muslims in Palestine.”

Rachel was kicked out from the house and now she is homeless, while her divorcee, on the other hand, threatened to never let her see her children.

“I did not want this to happen to me. I do not want to be a burden on anybody because I have a pride. Yet, in fact I am living a real tragedy. I have no home and no money since I am a jobless,” Rachel said in another interview with daily Al Akhbar.

“I hope that HM King Mohamed VI will intervene and guarantee a job for me so that I can rent and live in peace… Everyone threatens me to push me abandon Islam, but I will not do it,” she concluded.

Rachel, who was born in Casablanca, said that she wanted to convert to Islam since she was a teenager so as to marry a Muslim man, but her parents refused, and beat and caned her.

“Afterwards they took me to Israel where they forced me to marry a Jewish man in 2002,” she added in an interview with La360.

Rachel, a mother of two children, said that her husband was “rude to her and treated her disrespectfully.” She asked him for divorce in 2008.

In the same year, Rachel’s father died in Israel, and she came back to Casablanca with her mother, leaving her kids in the Hebrew state since her ex-husband refused to allow to leave with their mother.