New York- Rebecca Arthur, 17, was reported missing by the Connecticut Police Department on Thursday. The teen boarded a plane to Casablanca on Monday. 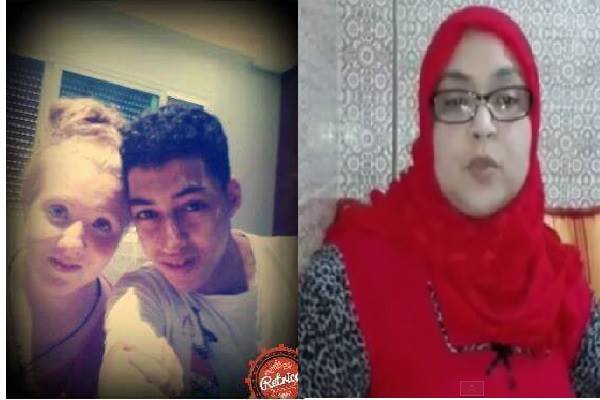 New York- Rebecca Arthur, 17, was reported missing by the Connecticut Police Department on Thursday. The teen boarded a plane to Casablanca on Monday.

After less than 24 hours of worry and panic, on social media, the young girl was found safe and sound in company of her Moroccan boyfriend, Simo El Adala, and his family. Morocco World News was the first news outlet to report on the story on Friday at 2 am, several hours before police discovered the teen was safe in Morocco.

But this bizarre story raises many questions, especially in the light of the contradicting accounts delivered by the American police and Rebecca’s mother on one hand, and Simo’s mother on the other hand.

Did Rebecca’s mother lie to the police when she said that her daughter traveled to Morocco without her consent? Did police mislead the public when they said that Simo El Adala’s family was not aware of his plans to bring Rebecca to Morocco?

A video posted on Friday by the Moroccan teenager’s mother gives a different perspective on the story.

El Khadriya Saddi, Simo’s mother, said in a video posted on YouTube that the rumors that have been propagated by the American media are “unfounded lies.”

Since several American news outlets first reported the news on Friday afternoon, there was a great deal of panic, because the 17-year-old was missing since she boarded her flight to Casablanca on Monday night.

Basing their reporting on the police’s statement, the American media said the teen traveled to Morocco without her parents’ consent and that she tricked her mother into thinking she was traveling to California.

Additionally, police also said that Simo El Adala arranged for his girlfriend’s trip to Morocco without his parent’s knowledge or consent.

It was also reported that Rebecca’s mother had no idea of her daughter’s plans to travel to Morocco.

But unlike this account, Simo’s mother said that Rebecca had, indeed, obtained her mother’s consent to travel to Casablanca.

Simo’s mother explained that Rebecca had been in contact with her online boyfriend on a regular basis, and that her parents were aware of her relationship with Simo.

According to the same source, Rebecca’s parents were notified of their daughter’s safety in Morocco as soon as she arrived in Casablanca airport.

El Khadriya added that the young couple then traveled to spend their vacation together. At that time, the whole family was surprised to learn on social media about Rebecca’s alleged disappearance.

According to Simo’s mother, the rumor widely reported by American media affected Rebecca, who is now depressed and is scared because of what happened.

“The poor girl is now depressed, she is crying and panicking after she saw that rumor. We welcomed her so nicely, but all of that has been destroyed because of these rumors,” she said.

“We called her mother who said that she did not report anything and that she and her husband gave notarized permission to their daughter,” she added.

El Khadriya added that Rebecca said one of her friends might be behind the rumor regarding her alleged disappearance in Morocco.

“When Rebecca spoke, she said maybe her friend did that, because she wanted to come along with her to Morocco, but Rebecca refused. And as soon as Rebecca arrived in Morocco, her friend spread this rumor.”

Simo’s mother concluded by saying that Rebecca’s mother wanted to travel to Morocco with her , but she could not make it.