Rabat - A wildfire burned more than 4,000 palm trees in the oasis of Ayechet in the province of Tata, in southern Morocco, about 300 kilometers away from Agadir. 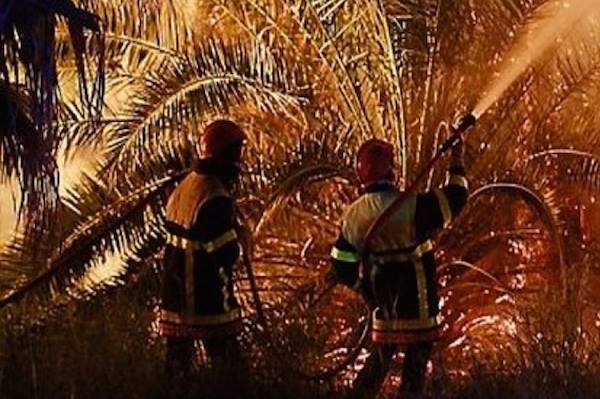 Rabat – A wildfire burned more than 4,000 palm trees in the oasis of Ayechet in the province of Tata, in southern Morocco, about 300 kilometers away from Agadir.

According to local authorities, the wildfire was controlled around 10:00 p.m. with the help of two fire-fighting planes.

More than 4,000 palms were caught in the fire, and most were completely burned.

In addition to the palm tree oases of Daraa, Tafilalt, and Ziz, the oasis of Ayechet is one of the most important sources of dates in the kingdom.

Last May, a wildfire burned hundreds of palm trees in the oasis of Asrir in the region of Guelmim.

Morocco launched a television campaign aiming to raise awareness on the importance of the forest and the wilderness, calling on people to behave well and protect the environment.