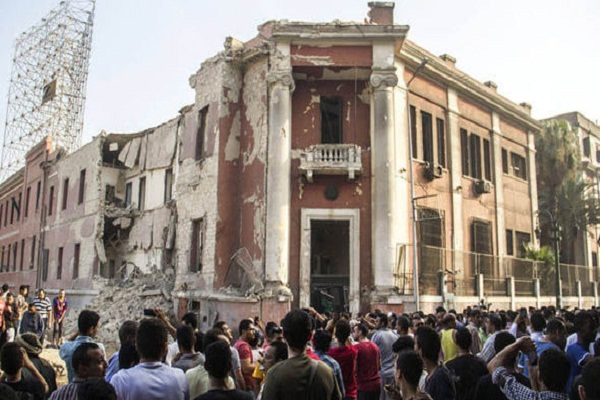 After an explosion that killed the Egyptian chief prosecutor near his home two weeks ago, violence continues in Egypt, claiming more lives.

Health Ministry spokesman Hossam Abdel Ghaffa announced earlier this morning that a car bomb blast outside the Italian consulate killed at least one person, while nine others were injured.

Multiple Egyptian media reports say that two police officers and three passengers were among the injured.

The nationality and the identity of the victim that was killed has not yet been revealed.

The blast was caused by an explosive device placed underneath a car outside the Italian consulate and was remotely detonated, according tostate news agency MENA, citing a senior security source.

The Islamic State has reportedly claimed responsibility for the attack.

“Through God’s blessing, Islamic State soldiers were able to detonate a parked car bomb carrying 450 kg of explosive material on the headquarters of the Italian consulate in central Cairo,” a Jihadists  said his Twitter account.

The consulate was closed when the expulsion occurred around 6:30am local time, but the area was crowded with cars.

Egypt has seen several similar attacks recently. The most recent attack occurred two weeks ago, when the Egypt’s public prosecutor, HishamBarakat, was killed by a car bomb attack in the city.