Rabat - The Royal Moroccan Navy has reportedly signed a contract with the French company PIRIOU to build a 50-meter Landing Craft Tank (LCT). 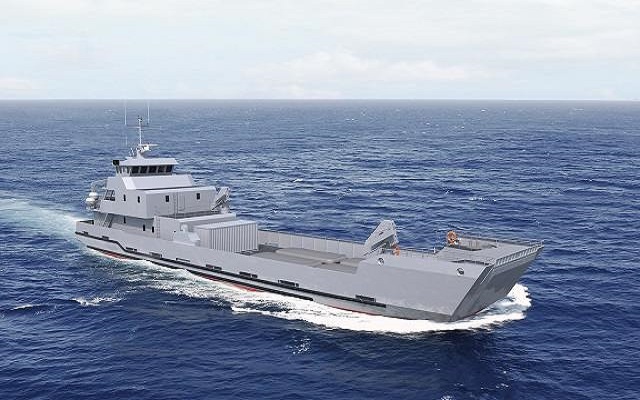 Rabat – The Royal Moroccan Navy has reportedly signed a contract with the French company PIRIOU to build a 50-meter Landing Craft Tank (LCT).

Designed for vehicle transportation, cargo hauling, and its ability to supply of water and fuel, the Landing Craft Tank will operate in the coastal waters of Morocco by the country’s Navy.

The Concarneau-based PIRIOU announced in a press release that this new unit is going to be built in France and will be delivered to the Royal Moroccan Navy by mid-2016.

The statement added that the French company will also train the first crew in both vessel operation and maintenance.

PIRIOU, which has worked in shipbuilding and naval engineering since 1965, designed the 50-meter LCT based on a proven civilian version that the company has already built.

The French company said that this LCT “will be specifically designed to produce and store fresh water thanks to its capability to use reverse osmosis flexible tanks on deck.“

The breadth of the LCT is 11 meters, while its deadweight is estimated at 300 tons. The LCT has a water capacity of 35 m³, while its fuel capacity is 42 m³.

The LCT also can travel at a speed of 10 knots and can house22 crewmembers.